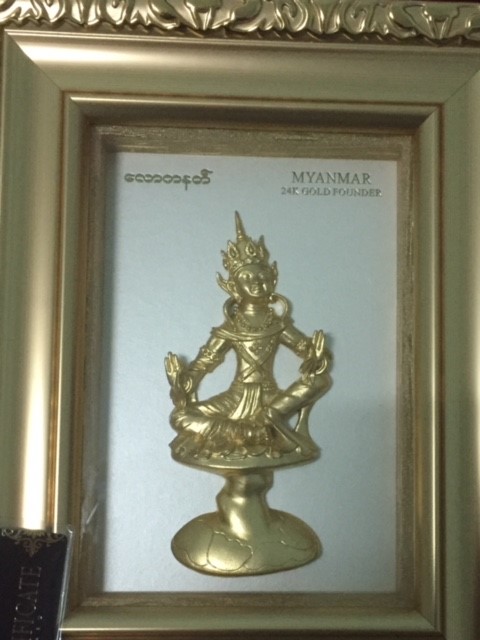 Having just started the process of packing to return to freezing Manchester forever, I have come to realise just how much suitcase-defying junk a man left to his own devices can accumulate in a mere two years. Many of my clothes should be going directly to the clinics for obviously there’s is the greatest need. But tee-shirts have been worn threadbare and what colour they possessed is long-lost together with the fading evidence that marked my attendance in the seventies at band performances of whom most members are making music in a separate universe, and the ‘hang loose and long’ contemporary style that I model would be considered extreme on a Burmese man, reaching the ground and likely to lift him into the air in the monsoon winds. Even back-home they would be Oxfam rejects and my stylish flatmates would never ever be seen wearing them as they are only good for demonstrating the effects of aging on the neck. So, into the rubbish bag they went this morning with a tearful farewell. Unbelievably, and a testimony to M & S, my two identical light blue shirts have lasted the 2 years despite accumulating more than a tanker full of sweat: but no mercy shown and into the rubbish bag they went as well together with all other clothes. With no order or planning to the collection, there are Burma books I’ve still not read, novels brought out to read on the plane when all I’ve done is vegged out on trashy films, and a bucketful of anti-mosquito, deodorant, toothpaste, moisturising creams, etc. in ‘three-for-the price-of two’ special offers from Boots which I seem to have been addicted to buying at the last moment. To add to the problem, the clinic docs have given me a very expensive framed gold buddha (right). Unexpected and certainly undeserved, it weighs-in at a scale busting level when it comes to baggage allowance and I’m still struggling to puzzle out how to get it back; but of course, it must come!

Now, most of you youngsters reach a point in your lives when you’ll probably be juggling numerous possible career paths in the air, not certain which to follow, and certainly not wanting to make this life-determining choice so early in your medical career. And I’m not trying to persuade you that working in a struggling population’s country such as this is necessarily everyone’s cup of Earl Grey but, sure as eggs are eggs, it certainly is probably up there in your top-ten list. Why do I think this? Because whichever facet of health care you’re involved in and whatever your level of training, most of you were probably originally driven by a dream and innate desire to help and to help where it’s most needed.  In my 2 years, I’ve never met a volunteer who hasn’t left in a better place than when they arrived. Career paths seem to crystallise, priorities are reset, and a genuine satisfied sense of fulfilment achieved: a rare commodity in British medicine these days. Like with many other low-income countries, in Myanmar you will see outstanding courage amongst the poorest of the poor, patients and families who never fail to be grateful or to smile whatever the degree of hardship and ill health, a collective concept of caring within families when times are tough especially for those orphaned by parental HIV, and a benevolent and kind disposition to others, even foreigners, without expectation of reward. You will be humbled and inspired by their stories and what you witness, just as I have. And having got that weekly rant off my chest, what about the clinics?

Now sometimes medicine is easy-peasy. The diagnosis is like a walk in Yangon park and it’s a pat on the back for all concerned: the patient is happy as is the doctor. You’re certainly not expecting to have to review the patient again. But HIV does odd things and when you have an ideal Tinder partner in TB, treatment can give rise to a nightmarish journey which seems worse for the patient than the original disease: not good for treatment adherence, believe me. Picture two shows a patient with confirmed fully sensitive TB who, after responding well to two weeks of TB treatment started HIV drugs. A few weeks on she represents with massive swelling of the original lymph-nodes and like the outcome of a prison riot, one of the bags of pus made a successful run for it and ruptured leading to a deep sinus and eventually what will be a nasty scar (above, left). Between her ribs was an additional abscess (above, centre) and the differential diagnosis was wide but included that of a similar jailbreak attempt to breach the walls from the lungs out between the ribs: in the end it was thankfully, just a simple abscess. And all due to an over-egged immune system awakened by the HIV drugs and, not liking what it sees namely TB, attempts to get rid of it. Two days of high-dose steroids has calmed this exuberant response and will hopefully allow healing and eventual resolution (above, right). Moral; expect surprises in the face of late-stage HIV. Other patients on the other hand, give you hours of lost sleep as you search the deep crevasses of your seemingly vacant cerebrum in hope that within these recesses there exists a similar case you experienced an era long ago that can prick your diagnostic skills back into action. Hence, the second case is a good example of maximising the 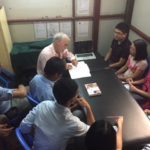 information you have available and, for me, realising you can teach an old dog new tricks. Centre stage a patient with fever and weight loss for a month but with a completely negative screen for TB and a super-dedicated 70y old ophthalmologist over from the USA who was trying to convince me that you could make a confident diagnosis of TB on eye examination alone right). Suffice it to say, I saw more TB of the eye in a morning than I have ever seen before in my life and am absolutely persuaded of the benefits of this simple bedside test which has been taught to senior clinical staff here and its enormous benefits in remote settings such as ours where diagnostic investigations are so limited (left). Moral; realising what you don’t know is far more 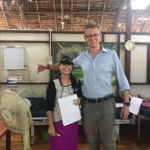 important than remembering what you do. And just to mention a few other clinical vignettes that popped up to clinic that have a short story to tell. Goitre due to iodine deficiency is common reaching prevalence levels of over 50% in some states in Myanmar. For Yangon, patients from the Irrawaddy basin are particularly affected (below, left); no supplementation here. And when it comes to the role of the family in nursing, there is no greater testimony to what underscores my enduring respect for the Burmese than the unshakeable dedication of the wife of a patient who was rendered paraplegic a decade ago. She has changed his pressure-sore dressings daily for all this time and having examined them including several that went down to bone which inevitably became infected (below, centre), all were clean and granulating and some even healed (below, right). Somehow, she epitomises the Burmese will to overcome extreme hardship, whatever it is and however tough it may be. 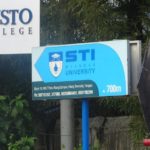 So, just to end with and tickle your fancy so to speak: a university offering a crash course on sexual health (right) and me in one of my two shirts doing a ward round for those who just thinking I’m swanning around drinking too much beer and pretending to be twenty-five (below). With two more to go, I’m going to sign off here and start another (which all seems a trifle incongruous for a weekly blog)!! 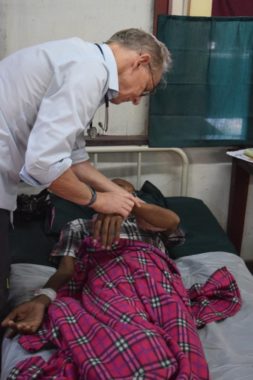