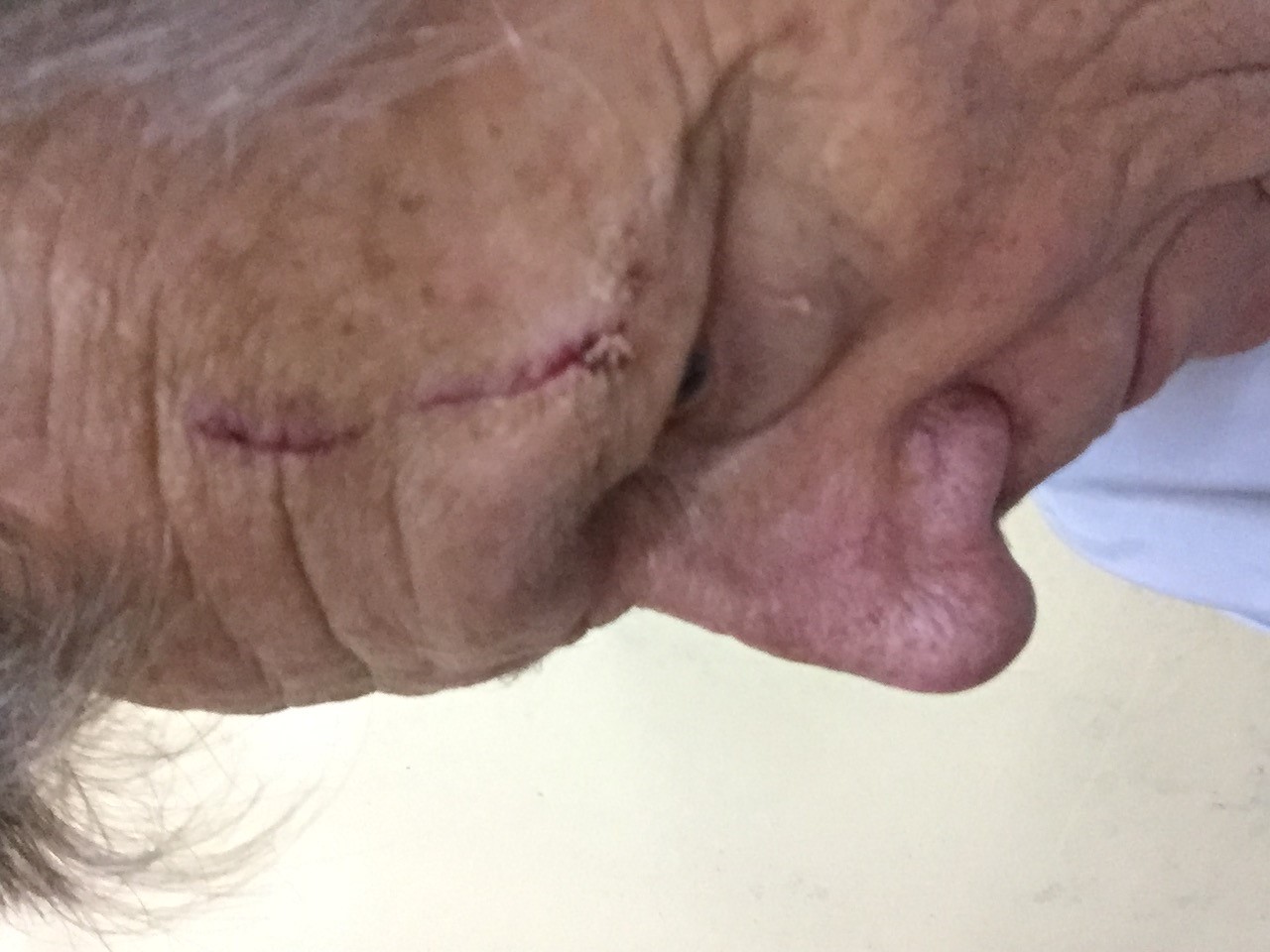 Well, what a month this has been! Even though my days are nowhere near over yet, they are now numbered, and I must muster one determined effort to create the last three weeks of blogs of two truly remarkable and unforgettable years and sign-off Myanmar-style for the last time. As usual they are super-late, super-frenetic, and a hotchpotch of entertaining snippets, clinical vignettes, Churchillian speeches, and finally a last scan through the best of the seriously health worrying and incredibly silly news items from the Myanmar papers. The aim of course in these wrap-up blogs is to sum-up what I’ve loved and learnt from the people and their cultures, the challenge of the medicine where so little can go so far, the problems that give the country its news-worthy prominence, and the sites that stay embedded in my camera and memory. My final blog yet to be penned will be with the stories of the other volunteers as I share a weekend at a remote ‘Paradise Beach’ in Dawei down on the southern spur of Myanmar. No doubt with their barriers down on the weekly young-person’s brain-eroding alcohol-soaked activity, I will be able to understand what prompted them to jump ship from their individual career escalators to volunteer for this charity. Then I can hopefully relax on the long-journey home in the knowledge that the final four blogs have been ticked off that will take me to, what I believe, is an impressive 42. In truth, it’s should have been 46 but I’m never going to get the last four in so never quite the 48 which had been my aim but needs must and with Christmas arriving it’s an apposite time to disappear back home on a one-way ticket. I’d like to say never to return but, hopefully if some dosh can be eased out of the slippery pockets of the pharma industry, we’ll be able to host some awesome medical education events and then a short visit may be possible (so I have kept a few Kyat behind for that taxi ride from the airport just in case)! 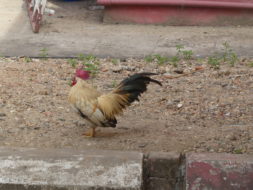 But back to here and now, it seems that I have managed to crystallise two-years of thrill and spills into a deja-vu month! From hydration-sapping Burma belly to needing my head glued together again (above, 1) courtesy of a low-lying metal canopy, it seems that the country is telling me it’s time for me to tootle off back home and never come back. The latter resulted from the median height of the Burmese being just 5 and a half feet tall and, even allowing for three standard deviations upwards, their maximum height is still under mine (above, 2). Amazingly the last time this happened was the day that a volunteer ‘nurse-of-the-year’ arrived and this time was the night before she disappeared back to freezing London to slot back into her career in Accident and Emergency. For the first she was respectfully sober: for the last she was effortlessly tipsy, but the result is the same – excellent (helped by the fact that my super-wrinkly face can easily accommodate one more line, albeit unphysiologically vertical) (above, 3). It is the in-between time that will now fill these blogs. Not least noteworthy is the occurrence of another workshop for the charity that I represent (Green Shoots Foundation). This broke the all-time-record of ‘beyond imaginably challenging top-ten list of events to plan’, thanks to seemingly super-uncooperative authorities, but maybe that’s me just being a tad touchy after the all-consuming gargantuan effort it required to get 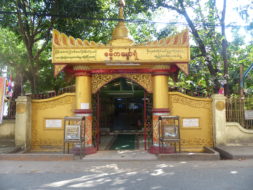 this event on. Nevertheless, after a switch of the dates and with government approval achieved the night before, a very successful workshop was held which was received with high praise – even though I say it myself. Anyway, more of that in a future blog because as always, the temptation of squeezing it all in to a single blog is forever there but this means there’s nothing left for me next time: so, salami-style it will come. Now, with the intention of dipping into the medical cauldron in a tick, as always, I can’t resist one more non-medical tit-bit. I returned to quite reasonably discover that I’d been turfed out of the mosquito netted double bed room with the only wardrobe and drawers into the high-infection risk insect-laden single room, which just happens to be above the cockerels nurtured and fed by the guards of the complex (above, right) and the closest bedroom to the monastery and its night chimes and chanting (left). Affectionately referred to by me as Butch Cassidy and the Sundance kid, I hope the cockerels suffer the same fate, although this is contrary to all Buddhist teaching. Still they are fresh in my memory as they woke me at half-past four this morning prompting me to tip-type away when I’d rather be snoozing. 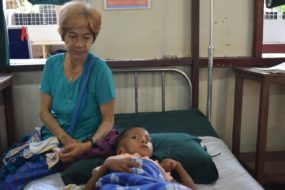 But as promised, something to make you realise how lucky we are in the west and how where, when, and to whom you kick off life with, makes such a difference. Two days ago, this little girl was admitted to the clinic treatment centre having travelled with her guardian from the Chin state which is up in the North-West of Myanmar (right). Orphaned and severely malnourished, she is unbelievably six years old and presented with a 3-month history of not being able to walk. In fact, she has late stage HIV, active pulmonary TB, spastic left-sided hemiparesis, and worst of all, complete blindness from an acute and rapidly destructive retinal necrosis in both eyes due almost certainly to the herpes virus which even I could see (left). It’s impossible to know how much cerebral damage she has from any of her several viral infections but it’s

conceivable that she has what we used to know as AIDS dementia to boot. This is all because of her vertically transmitted HIV, a calling card she could not escape and inherited like her brown eyes from her mum. She needs more than this clinic can give her and so has been referred to the local paediatricians as an emergency but her prognosis even with control of her multiple infections including her HIV and pulmonary TB is parlous at the best in this country. Sometimes, one case is all you need to remind you of why you come to poverty-ridden countries such as this. However fruitless it might seem, you will find yourself with a role and a purpose and become a better doctor or nurse for it. Whatever hardships you have witnessed in the West, whatever challenges you have personally faced, everything here is a factor of ten worse and thereby its imprint on your memory more indelible. This is one of the last cases I will see in Myanmar unless I return, and she will always remain with me.

With many exciting blog-worthy items still to keep you on tenterhooks, I will finish with a few snaps of me doing what I’ve done for many years than I can imagine: seeing patients and teaching clinical skills (below, 1 and 2). Nothing special and well within the scope of many a doctor, and as I go around the ward, I know that next door a super enthusiastic genitourinary consultant-to-be is preparing a testing talk on all aspects relating to STI. And that leads me onto my final snap for my album which hopefully will float a few smiley boats (below, 3). Till next time which will be later today, cheerio.