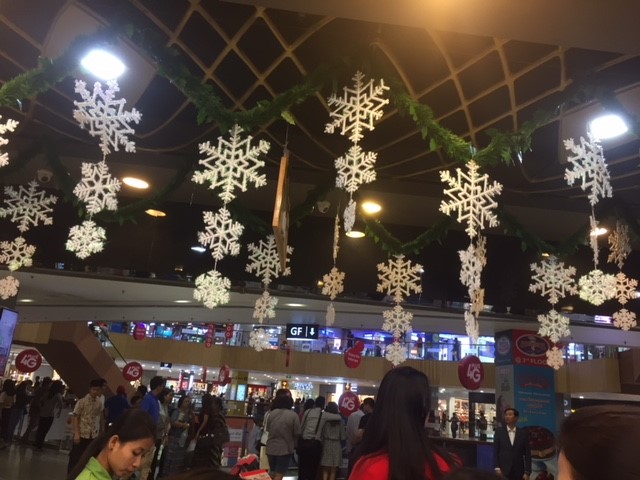 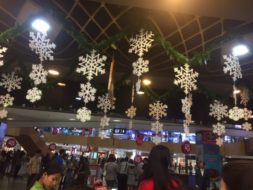 So, the time has come to wind up in earnest, something that the friendly blog-posters at Green Shoots Foundation (Muneezay) and Saving lives UK (Daniel) will be delighted to hear as, like the proverbial tale of waiting all day for a bus, my blog missives tend to come three at a time which is a mite irksome and this happens to be the third in this latest series. My children too will have fulfilled their filial duty and therefore still be in with a shout of inheriting any left-over dosh that my wife and I don’t manage to spend on either having a good time or nursing home fees when technically still around but lost in space and time. Most deserving of all is my truly long-suffering wife of many years who unswervingly encourages me in my blog-scribing, bravely ignores my appalling grammatical blunders, and most importantly for the creation of the blog in the first place, has supported me in my time here. With that all-effusive best-man thank-you speech, it’s time to fill up the blank space below with a countdown of my penultimate forty-first Myanmar week with just the weekend away with the other volunteers to finish with next ‘week’. But using the bloggers prerogative, there is just one other observation to slip in before the more serious business and it concerns Christmas. The Burmese adore festivals and they come roughly once a month, usually denoting one religious event or another and, what would be a nightmare for UK business, a holiday. One of the best known is Thingyan (the Water festival) which is characterised by the equivalent of the annual Manchester rainfall seemingly being dumped, sprayed, or hosed on every individual including me in the space of a few days in an atmosphere of exhaled breath which collectively would turn a breathalyser test positive if an air sample was taken (picture). It certainly gets you in the mood for the monsoon season although for Thingyan you just admit defeat (albeit happily as you can’t help but join in the merriment) whereas with the monsoon season you usually put up a struggle, mostly unsuccessfully. But surprisingly, despite being a population where eighty percent are Buddhists, because they seem to have been born to love fun and feasting, they don’t like missing out on any party if they can, and that includes Christmas (right). So, as I say goodbye to Yangon, every department store displays all the trappings of what has become the commercial enterprise of the Christian Western world, including offering my favoured Christmas cake and pudding just to remind you of home and get you in the mood, which takes a bit of getting used to in a land of noodles, rice, stupas and pagodas. 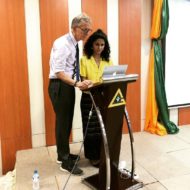 So, the weekend before last, which was effectively the last weekend I worked, commenced with the fourth Green Shoots Foundation workshop, this time on TB where there was a focus on MDRTB, which is a major problem in Myanmar (left). As alluded to last blog, it got off to a palpitatingly tricky start with a last-minute change of dates. But take place it did, and the overall feedback has been positive, which given the enormous amount of sweat expended was a mighty relief. In fact, without the change of dates my level of dehydration would have been noticeable as I was in the throws of another bout of the famed Burma belly, a little going-away present. The two international speakers lived up to my effusive introductions and performed so fantastically, one can only hope they will repeat the performance if we can eke out a similar amount of what is effectively loose change from the pharmaceutical industry. The conference was timely and important. It was a reminder to all and sundry of how the TB bug has championed over the nouse and endeavour of man through the centuries, aided and abetted most recently by a pernicious relationship with HIV, a perfect marital partner and one that seeds a hardier lineage which has acquired new tricks for old drugs, becoming more resilient. The ball is quite definitely back in our court and the conference updated the audience on how the fight is going and where the chinks in the TB armour are for exploitation.

What follows now can only be described as the CV of a self-indulgent man, admittedly overly-glorifying the appreciation of others which I apologise about, but even though focusing on me, has some relevance to all volunteers. My wife would say it’s a ‘man-thing’ but I believe that when it’s that fare-the-well moment, most of us volunteers like a slap on the back and thank-you for the heart-felt time and energy they’ve given into whatever role they have been tasked to do. But my message is that every one of the volunteers who has been here has not only been welcomed but also seen off with some mark of thanks from friends and importantly Medical Action Myanmar. And it is true appreciation for the sacrifice of time and career, whatever benefits there may have been to the volunteer in widening their medical or nursing experience and witnessing the beauty of a new culture and country.

Now, for those of you who are reading this expecting a repeat of my usual triad of tittle-tattle, dips into the medical experiences of clinic life, and a mixture of relevant, irrelevant, and often a trifle irreverent observation of Burmese life, then you have effectively reached the conclusion of this blog already. But, for any of you who might like a quick glimpse of what it is going to be like living here and following in my wayward footsteps probably making less of a hodgepodge of it all than me, then there is no harm having a speed-read and peep at the pictures. And I’ve just about persuaded myself that this is a legit way of finishing this blog off! After all, these are shared experiences that other volunteers may enjoy reading in time to come 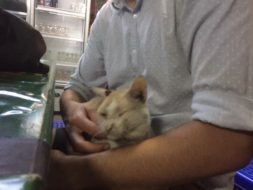 as a record of their time here as well, and so what are my memories are also there’s. So, Monday saw me starting the process of going around the clinics, taking some snaps (and being snapped) (above, left) followed in the evening by recording the start of my week’s round-robin trip to favoured restaurants (above, centre), and most importantly dipping into the beer stations with the other volunteers (above, right). The pictured watering hole is affectionately known as the one-eyed cat for obvious reasons (right); being next to a rat-infested trans-Yangon pipe and where the TV channel is usually on cage fighting or the premier league, it is not everyone’s cup-of-tea but always provides live sport of one sort (avoiding the rats) or another (on the TV screen) to keep you entertained. Next day saw me visiting some old haunts such as where many of the volunteers get breakfast (below, left) and even the coffee house in the westernised plaza where you can get an excellent flat-white and where I pen these blogs (below, centre). And I couldn’t resist snapping up an example of the number one pastime for the Burmese docs which is a visit to the karaoke bar (below, right). 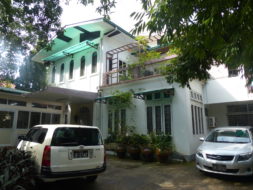 Before the evening events, I nipped into the Office for the final time (hub of activities) (right), on the way just missing out what would have been the ultimate goodbye injury a fall through the pavement to thee sewer (below, left), a characteristic mark of Yangon streets. Later, I was embarrassingly centre-stage for a surprise formal event in another of my favourite Thai restaurants by Inya lake with all the Burmese clinic doctors, Office staff, and other volunteers (below, centre). That’s when I received my golden buddha and other gifts: alas, again followed by a trip to the one-eyed cat. Wednesday saw the roles reversed with cup-cakes and money gifts to the clinic staff and more photos and farewells. Thursday, everyone trooped off to the coach station for the final weekend at the coast (below, right) and that will be my very last blog of my time in Myanmar and the start of my mammoth flight from Dawei to Yangon to Bangkok and then freezing Manchester via Dubai. And my apologies for doing all this but just as the enormity of the medical challenges faced out here, this was an equal part of my days.