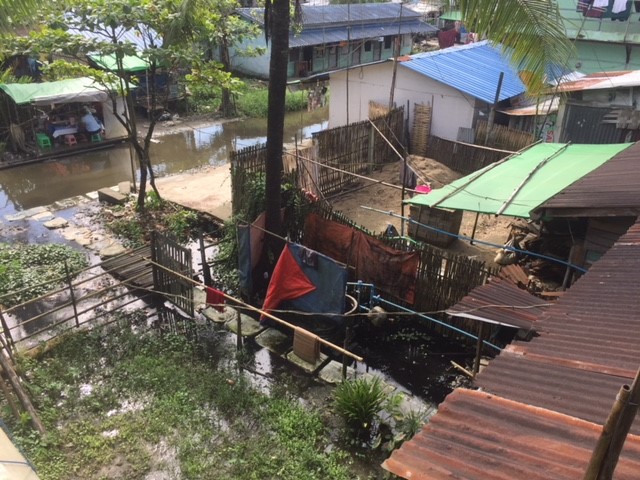 For all I know you might be redirecting this straight into your spam folder but, for those with a filial responsibility to make certain they’re kept in the inheritance game, it’s your lottery-ticket winning day and you have another blog. That pitch is only relevant if this is winging its way to you by e-mail because you are deemed to be a preferential platinum-card holder (synonymous with family): for everyone else who reads this through the web-link, you can start here! And for those who do derive some benefit from this unfettered ramble, you’ll be relieved to know you and I have reached the back strait of blogs, this being my final instalment of my penultimate excursion to Myanmar. Based on my formula of a package of a pretty irrelevant intro (this being an example), a few paragraphs of medical and non-medical substance and hopefully tempting reasoning for a time volunteering abroad, before a finale of Yangon tittle-tattle of the unusual and bizarre of life here, I’m hoping by the time I get on that final plane back to England’s ‘green and pleasant land’ that is home, I should hit a sum of 43 blogs and, like the returning youthful England team, be rewarded for my efforts in Myanmar by my adoring Mancunian fan (note the singular). With that indirect reference, I should say something about my wife. There may be those in the world who would relish the disappearance of their lesser half to a far-off nation (maybe the further the better and preferably for a prolonged prison sentence). But as far as I know, I don’t fit this bill – not yet that is anyway. And given she is the ‘love-of-my-life’, reflecting back on my many weeks in Myanmar makes me realise how tough it is to be the one to miss out on fulfilling the dreams of medical retirement overseas, of experiencing the challenges and rewards of the sort of work I’ve been doing and we both did when we were youngsters, of the new friends met and experiences had, and more than anything else, the memories made forever that are at the moment really only mine. Is there a moral in this: not really, just a heartfelt thanks! Of course, getting back to the 43 blogs depends on many factors of my own making – such as the TB conference I was mentioning which will consume no little amount of the proverbial gnashing of teeth and pulling of thinning hair. At the chequered flag, I can see a collated blog-book for the coffee-table and a cheap Christmas present for friends and family; my equivalent to a jar of my wife’s sought after delicious home-made marmalade (and no doubt the recipient’s equivalent to last year’s pickled gherkins). 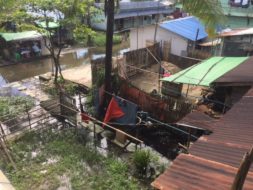 As is my wont, recounting last week’s clinic experience is always a wake-up call to even the most hardened of volunteers with the ever-present reminder of how hard life is for the local Burmese with their poverty and poor living conditions and what a breeze it is for us given our health and relative wealth. And to-boot, as I scratch today’s mosquito-ravaged skin, the never-escaping reality that potential disease lurks in every conceivable place 24/7 – again from the clinic (right). But with this rather maudlin view to kick this paragraph off, there are always successes. Most are the “one small step for man” sort and I’ll no doubt chatter away about those in a moment. But lest it be forgotten, the one “giant leap for mankind” that has occurred here and in all other nations where there has been years of underinvestment in health and basic services, where over half the population lives in poverty without proper sanitation or electricity, and where HIV is endemic (and I should say in the well-resourced ones too), is the rolling out of widespread and early therapy for all patients with HIV (below, left). This represents one of the greatest medical achievements of the last fifty years. The reality in a setting such as the clinics here means that for every sick wasted patient that I’m describing every week who is suffering the terrible consequences of a damaged immune system battered by their HIV, there are at least another nine who have well controlled disease with the potential for leading a pretty normal life span for these parts. They have a well-functioning immune system, and assuming they take their meds regularly and have a completely suppressed virus in their blood, can do everything a non-HIV infected person can. Importantly this means a return to bread-winning, family rearing, and normal loving, as they’re not going to pass it on to their partner or baby or anyone else: a long way away from the days when kids were refused entry into school, physical contact was eschewed, everyone would conduct affairs by phone rather than a visit, and stigma was rife and contagious. The other massive achievement for which MAM can take deserved credit for is the development and role out of community workers (the barefoot doctors I mentioned last time). They have impacted the incidence of acute malaria (below, right) as well as provided a first point of call for acute conditions that is equivalent and possibly better than the NHS health-line, in that decisions are made without recourse to ‘hesitation, repetition, or deviation’ and a knee-jerk referral to A & E. 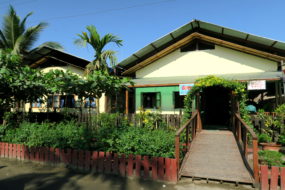 But although on the one hand there has been tremendous success with HIV, that old adversary TB is still the infection that bosses the waiting-room, and when you sieve out the bona-fide super-sickies from the snotty-snuffles and worried-well, it stands alone as the leader of the pack. Preventing its propagation in the clinics is an imperative as, after all, you come to be treated for your TB not to be infected! And with that in mind, you’ll remember I mentioned last blog that a study conducted in the clinics revealed that up to one third of those with chronic cough and fever were found to have active TB, which is a staggering statistic when you sit and ponder it. Now, the patient pathway may be a familiar bit of jargonese to the newbie volunteer as it seems to have become a founding principle of the redefined NHS, but it is no less important in the clinic here than it is to the manager’s blood pressure back home, indeed probably more so. So, after a patient with cough and fever sees the triage nurse in clinic, from then on, the patient and any professional contact will at minimum have to don a mask whether it’s clinical assessment or the collection and examination of samples. Bug searching in sputum will be carried out in a dedicated room within an extraction cabinet, and if it is indeed found to be bristling with bugs, the patient is managed in a separate ward and further assessments taken from there. This is all in a pretty challenging and confined healthcare setting (left). The slick triage system, especially with its expansion to non-communicable-disease, and the induced sputum facility are definite BAFTA-winning performances for the volunteer team to be proud of over the last 24 months.

And getting to the “one small step for man” I alluded to earlier, here’s a quick recap of this morning’s clinic before it slips from my short-term memory for ever. Adding credence to the preceding scary fact-of-life chat about TB, there were two new diagnoses of pulmonary TB – one a child aged 9y (above, 1) and one an adult reviewed for results which revealed MDRTB (above, 2). Note the X-Rays don’t look that different even to the trained eye (and if you’re a non-medic you haven’t a hope in heck of distinguishing the difference): the moral of this lesson is you can’t tell if resistance is there without testing for it! Then there was the itchy scabies (above, 3), the very itchy scabies (below, 1), and the equally itchy but obviously distinguishable chickenpox (below, 2). Then, there were two kids with HIV: one a super well-controlled chubby 11y old and the other a very poorly controlled 4y old with probable resistant HIV (picture with mum, below 3). The difference? The first has never missed a tab since he commenced; the latter, probably never taken them with regularity. But the younger you are when you start the harder it is and it’s imperative that the primary carer, usually mum, buys into this as before you get to base camp one, the virus will have developed resistance, and that’s a problem anywhere but especially here where there just isn’t the range of drug choice as there is back in the UK. And the curtain call is a lady who has had a slowly growing lump in her neck for seven years: firm, attached to her thyroid, and almost certainly a benign tumour (adenoma for the medics) which is lucky for her! But she has been referred to the main hospital – whether she goes or not is another question as she’s not worried about it (below, 4)!

So, I’m finishing this in the airport before I get back on the plane and then return (thumbs up as air flight paid for) for my swan song with the conference on “Ending the TB epidemic” in a fortnight’s time. Till then.