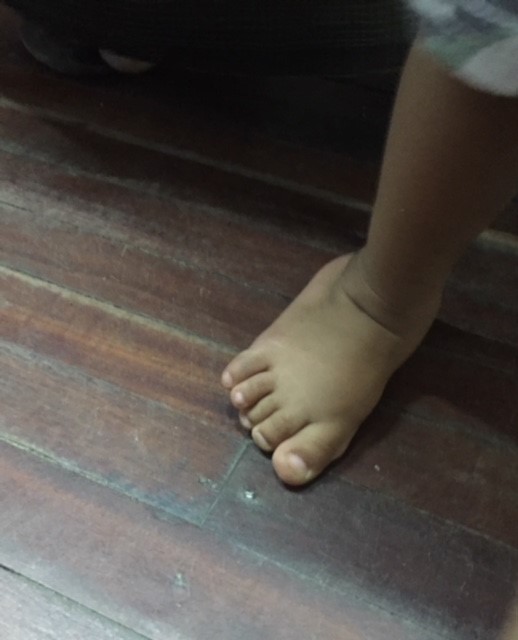 So, after my pictorial debut week sneakily sliced salami-style into two to bulk up the seemingly bottomless viper-pit of missing blogs, we are now back onto familiar territory: general waffle, medical vignettes, preaching the Lord Kitchener ‘country needs you’ mantra, and then back onto life in Myanmar with another hopefully amusing series of titbits as a finale.  I’m uncertain whether this is a winning formula or brings about an immediate 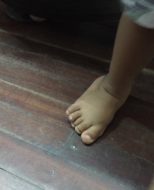 aversion reaction – but too late to change this blogger’s routine of a Yangon-lifetime now. So, before any of the clinic ‘confessions of an old medic’ outside of apologising to non-medics et al, a quick note about the weather. Undoubtedly the ‘wet season’ is about to start but aside of the occasional practice gearing-up deluge from the heavens, there’s no doubt that we are still within the burn-before you can say ‘Mingalabar’ 40C hot-season. This is accompanied by a reflex magnetic attraction during the day to find anywhere with air conditioning to counter our air-hunger-high humidity and in the evening to rehydrate with a cold drink, and you can predict with what. And so, with that relatively brief preamble, as promised a catch-up on the clinics and what’s been happening.

I’m sure regular readers will have predicted that I’m going to tell you about the usual run of patients with TB and late stage HIV with all their attendant complications – and you’re spot-on again. Indeed, there’s been a real flurry of clinic activity with both this week. But, again harping back to what I was going on about in the last proper blog, you need to have cultivated a string of medic mates back home if you plan to do this sort of thing in the future. In fact, for oldies it’s not a bad maxim for your retirement years. Yes, some may be reinvigorated following their perceived 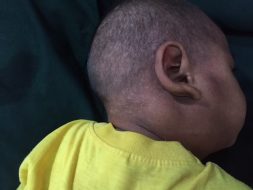 release from an NHS life sentence, but most of us reach a state of being in-limbo between feeling pretty good and having time to enjoy life to the full (with no kids and a bit of spare dosh for once to boot) and feeling the effects of age through the inevitable degenerative process consequent to the excesses of our previous lifestyles, or just plain bad-luck! It’s then that a few of the good references you gave to your past junior doctors can pay dividends and you can reap the rewards – oiling the waiting lists here and there for a new hip or getting the state-of-the-art nippiest Zimmer frame when life goes seriously pear shaped. But back to the point, on Tuesday there was a child who had never walked and was now over 3 years old (above, left).

On examination she was attempting very unsteadily to walk on the inside of her feet. This was predictably well beyond my sphere of paediatric know-how, so I sent pics to a friend back home who came back with a differential which as always was fantastically helpful, and a plan of action could be put into place. In addition, that same morning there was a nasty case of ‘Scalded Skin Syndrome’ – and for the non-medics that’s exactly what it looks like – and a worryingly sick child I had to send in with terrible TB of the lungs, lymph-nodes, and brain (above, right). Lastly, it’s always one of my little education foibles to be aware that despite being in a country where people unfortunately live and breathe TB, not all that looks like TB is indeed TB. This lady’s X-Ray which was initially thought to be TB of the lungs in fact showed a whopping heart and indeed on examination she was in crashing heart failure from a damaged heart valve as a nasty left-over from rheumatic fever when she was a child (left). She was another who was sent directly in to hospital.

But to break from the medical side of things for the moment, I often twitter on about the fact that it’s the volunteering that’s the important part, not your training or seniority. So, I need to mention and give credit to a fantastic nurse who is really changing the nature of nursing in the clinics, introducing task-shifting so more responsibility is assumed by the nurses, improving infection control knowledge (too easily forgotten), making certain there is a qualified nurse in each clinic, training the trainers in basic life support, introducing a competency manual to ensure training is incorporated and a quality practice is achieved, and so much more. To boot, she is generally super-enthusiastic and unstoppable making most of us die-hards feel exhausted and lazy. In her desire to see the other side of Myanmar nursing and training, she recently visited one of the nursing schools where she sampled the lecture theatres and the sleeping quarters where, Downton Abbey style, the male and female students were separated by a locked gate (right)! 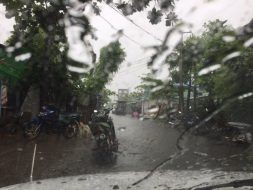 Now, with the subject of Downton raised, and this dates me as well as gives you an immediate character profile, I brought the box set out with me together with a mini-DVD player to keep me amused. This is well recommended as, despite all the adventures these blogs suggest I have, there are many times when you are too exhausted to do anything, or are laid down with Burma belly, when you need veggie distraction. So, this is a recommended ‘must-bring’ for older volunteers who like siestas, are prone to ailments, or can’t keep pace with the social scene of the young. One of the other sets that I have is of course the original BBC production of Pride and Prejudice. For those few who are old or soppy enough to have watched this, there is a momentous occasion when a letter is written over two dates with the family’s circumstances suddenly altering in between. Nothing to tempt Mr Darcy here, but my golly there has been a monumental change in the weather since I left for the UK 5 weeks ago. Stepping out of the airport concourse, I immediately got an absolute soaking from the monsoon – forgot my boy scouts code of ‘be prepared’ with an immediately accessible umbrella. Indeed, I needed to roll my trousers up just to get into the flat as the road was under at least 4 inches of water as was the main clinic (left). In fact, it’s hardly let up for the last three weeks.

Now back in the swing of things, yesterday was another reminder of how important it is to get young docs out as aside of the enthusiasm and energy they bring, they help oldies like myself in areas where diagnostic skills have rusted to the point of nearly ceasing up! The ECG machine is now working and being enthusiastically used and was correctly put to beneficial use on a patient who came in with a history of fainting with a heart batting along with every indication that this was a funny rhythm. Of course, my ECG interpretation was completely wrong but fortunately I was set on the correct path by my erstwhile young team (including medic daughter): either way, there was no possibility of sorting this out in the clinic as the drugs were unavailable, so she hopefully made it to a hospital somewhere. Sadly, finding out what’s happened to the patients is depressingly difficult. Other exciting changes are afoot, but I’ll leave them to the next blog and I’ll finish with a picture of yours truly with three up-and-coming local artists (and a German volunteer) who were exhibiting in the architectural masterpiece of British colonialism, now 125 years since construction (below, left). It has a chequered history, rebranded as the ‘Secretariat’ and the site of the assassination of General Aung San in 1947. Since then the building has always been closed to the public aside of two ‘Martyr days’ a year although until the government moved to Nay Pyi Taw it was used as offices: recently it has sadly been unoccupied and left to rot and ruin for 12 years before the commencement of a major renovation (below, centre) with the aim of returning it to its former glory and a cultural centre. The art was fascinating and much focused on the ruthless military regimen that ruled for so long – a great reflection of how far democracy has come in the last decade – and of course it was raining (below, right).