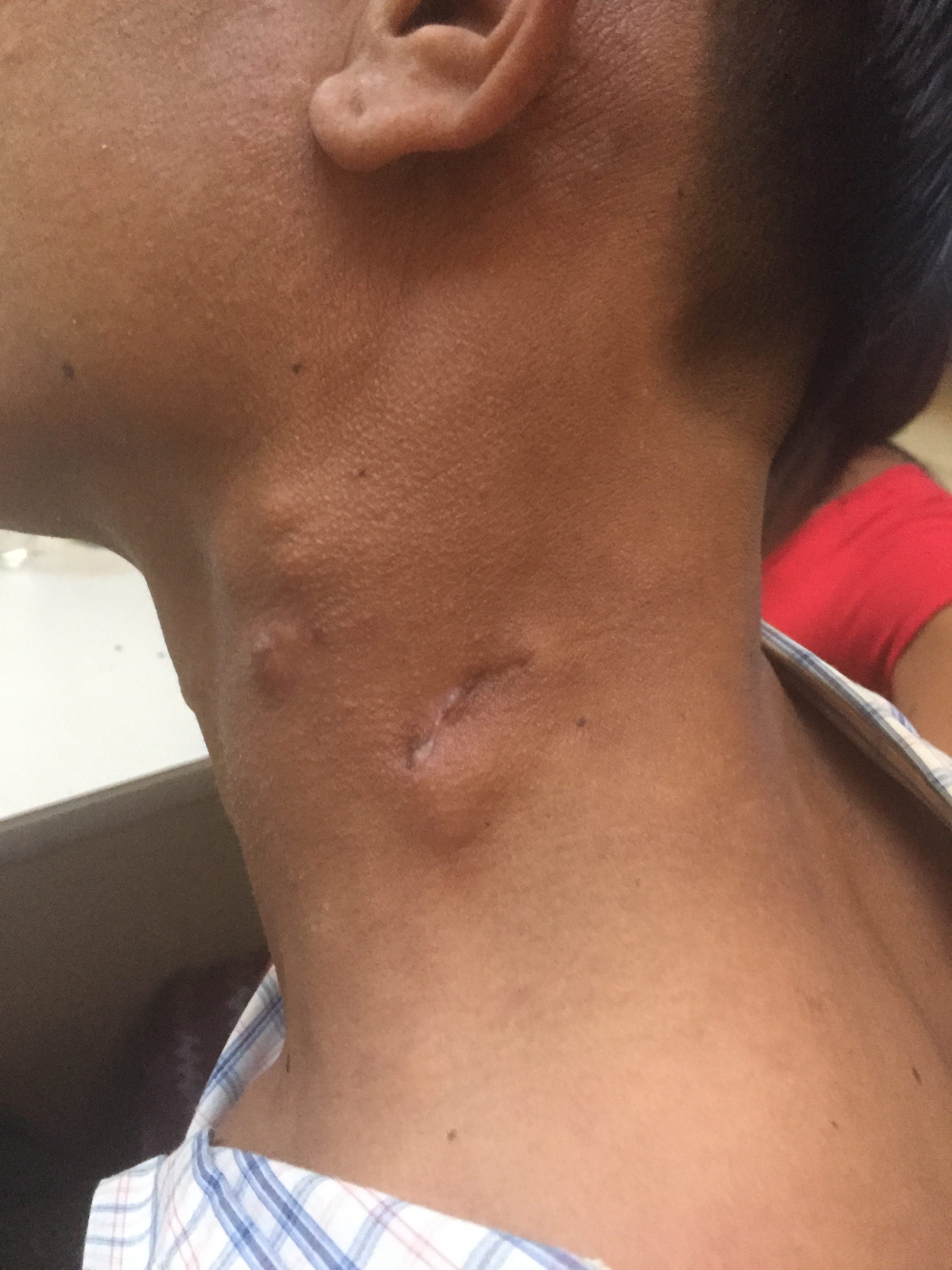 The hardest thing about writing a blog is making yourself do it. I’ve now been in Myanmar 24 weeks but in the last ten months have managed only 19 blogs. Two have been lost in the ether of laziness or more truthfully, the fact that I’d exhausted my capacity to say anything newsworthy or entertaining, and a further three are waiting to be written, this being the first. If I had the capacity to think ahead, I would have taken on board the need to make hay when the sun shines – and its incessant now – which in my simplistic of minds can be translated into committing newsworthy items to the keyboard and pressing the ‘saved document’ icon before it disappears in my amyloid encrusted brain cells that diminish with each refreshing Myanmar beer. Alas, no such planning and this is literally now and here with an incessant light-hearted verbose account of life as an old volunteer in this magic country. So, what’s new? Most importantly, having just returned after a long Christmas break, it was pleasurable to find that the Myanmar beer offer, where if you choose the correct bottles you can carry on drinking till the end of the free beers, is still in play. For those cursed with multiple vices, in addition to the more than occasional ‘free beer’ (which by-the-by used to be the catchy little name we gave  our underground medical school band in the vain hope it would fool gullible souls into believing there was something liquid for nothing, except of course, being at the mercy of unusually bad renderings of cover songs), there is the added temptation of a pack of twenty cigarettes for fifty pence and a bottle of Johnny Walker for two pounds. The result of this is that you can eat, drink, and puff your way to a state of unhealthy oblivion for no more than a fiver a night. Not bad if that’s your idea of paradise but not a great start for a country trying to drag itself up from near the bottom on the global good health league table!

Still, I couldn’t be further away from saying anything of interest so, with double macchiato in hand, you may reasonably ask what has been happening in the clinics I visit? Despite my knowledge of what to expect, I’m always staggered by the scale of pathology that walks in from the street. This week alone I’ve witnessed innumerable cases of tuberculosis (mainly cervical nodes or pulmonary – below, picture 1) – with or without the accompanying and pernicious HIV (often heralded by shingles – picture 2), ever-present scabies (picture 3) and fungal infections especially in the kiddies, and for those medics amongst you who need an ‘osis’ suffix to the diagnosis, a case of penicilliosis and another of probable histoplasmosis (picture 4). But as much as there is the unhappy marriage of HIV and TB everywhere, another stain on the country is the amount of malnutrition present which, of course, is particularly noticeable in the babies (picture 5). Indeed, kids always take the brunt of the effects of poverty and Myanmar is close to the bottom of the pile of impoverished nations. Among ASEAN countries, Myanmar has the lowest life expectancy and the second-highest rate of infant and child mortality. In terms of nutrition data, 29% of children under 5 are moderately stunted and 8% are severely stunted and it ranks 3rd in the ‘most malnourished country’ league table outside of East Timor and Cambodia. Yet, there’s no reason for it as it’s a country rich in resources and indeed has a food surplus, ranking 6th in the ‘Exporters of Rice’ table – sorry about all these tables!! It begs the question as to why this should be?

Well, aside of the political shenanigans and the unbearable hardships being brought to bear by the military on the long-suffering Rohingyans in Rakhine state, Myanmar has other problems too. In fact, it is one of the world’s most disaster-prone countries exposed to multiple hazards, including floods, cyclones, earthquakes, landslides, and droughts, ranking 2nd out of 187 countries in the 2016 Global Climate Risk Index (new one on me). Certainly, we had an earthquake Richter scale 6.0 magnitude outside Yangon in the early morning a week ago, but which didn’t stir me in my slumbers, nor seemingly give any of my family cause for concern. But back to nutrition or lack of, in addition to the natural disasters, many of the poor are landless or have inarable small holdings inadequate to grow a family’s staple food needs, are of minority ethnic groups with the additional challenges that brings, or, live in either conflict zones adding a complexity to shopping for food that is imaginable but unbearable to think through, or 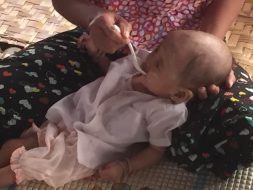 inaccessible places where regular food supply is nigh impossible. Maybe the most important and correctable issue is the reliance on and preference for white rice, which unlike its brown cousin, is depleted of many items that tick the nutritional boxes such as vitamins. As this is the staple food substance, a rice fortification initiative is underway which the government together with numerous collaborating NGO’s are prioritising, as well as microfinancing programmes for farmers. But back to the here-and-now and the malnutrition witnessed daily. Each clinic runs a comprehensive malnutrition programme. This is based around ‘Plumpy-Nut’ which has a high composition of peanut butter, milk powder, and sugar, with a combined mineral and vitamin mix. Mums and kids start in a feeding area in the clinic if severe (right) and then get weekly food packages until their BMI’s are up (below,left). 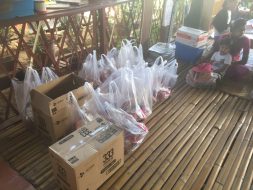 So, having just completed my annual appraisal submission (which I have to say was just as tedious in preparation as it was in the UK in my NHS days), and the fact that I’ve been hunting around for my current job description for Green Shoots Foundation, it has reminded me that I haven’t told you of what I’ve been up to these last three odd weeks. What I have learnt, as many have before me, that the best laid of enthusiastic intentions can flounder and sometimes you must salvage what you can and scuttle the rest. It’s a message that I give to the new volunteers: not to be disillusioned by the fact that despite heroic efforts and the shedding of their blood, sweat, and tears, let alone innumerable late nights in preparation, you see absolutely zero change taking place or any real interest in what you regard as important and tried to introduce. It’s ever the two-step forward, one-step back routine and makes all of us wonder at times what we’re doing here. For me, I’ve been disappointed that although some of the algorithms I slaved hard over last month have become routine clinic practice and stood the test of time, others are just not referred to. So, I’ve changed tack and have commenced an on-line weekly case history linked to all the possible reading material you could want for the subject, together with images etc. This is backed up by regular CME and eight-weekly afternoon central sessions when the clinics shut. I piggy-back this on to the nuts and bolts of the one-to-one clinic and bedside teaching. The algorithms are shelved but will be available on an intranet and I want to reincarnate them in a simplified app form for the doctors to refer to on their SMART phones – but not for now and not for this blog. But self-motivation and resilience to setbacks are two qualities a volunteer must have!

Anyway, returning to lighter themes for a break, it was on Australia day we visited our regular watering hole which we’ve affectionately named ‘The White Rabbit’ to celebrate together with our resident Aussie. This given name is quite logical really; in amongst the multitude of stray dogs and cats plus offspring milling between the chair legs and empty beer bottles is a healthy and friendly white rabbit, the only one any of us have ever seen in Myanmar. But that aside, in the process of plying the young man with celebratory drinks (Australia had won their first one-day cricket match against the Poms that day as well), it was not too difficult to prize from him that he had played in a Quidditch league. Though not exactly a Harry Potter aficionado, I had presumed that this game was purely in the realms of fantasy for wizards and not a tangible and seriously contested mixed sport with snitches, quaffles, beaters, and bludgers! How wrong can you be? Interestingly, there are international rules that are strictly adhered to like length of broomstick and what happens if you drop it. I fear we may not have enough volunteers to get an international team together here but one day you never know, especially as Australia top the world rankings and we have an ex-pro amongst our group! Anyway, from quidditch back to the reality of the Plaza with its flat-whites and good Wi-Fi. From my vantage point on the 1st floor overlooking the escalator, you can’t help but notice the bridge between the haves and the have-nots: those that ‘have’ sport modern designer clothes, hairstyles, and trendy accessories and come to shop and have fun in the Plaza. Those that ‘have-not’ sit in their taxis outside waiting to pick up their fares and remain in their traditional longyi. Anyway, this is far too long already so farewell till tomorrow!