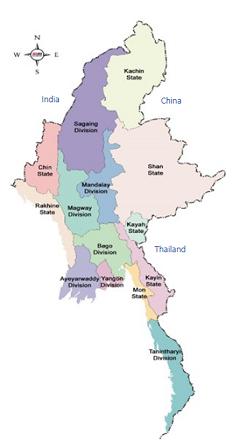 They say the British always talk about their bowels. I must admit to being culpable of this habit and so I promise to make this an (almost) tummy-related free blog. The trouble is that there is an embarrassment of riches for the ID physician, everything from simple malaria to Zika and dengue, from filariasis to liver fluke and unusual fungi, but also to a plethora of gut afflictions, namely enteric worms, parasites, and bog-standard tummy-bugs; and apologies for all the unintended puns. So, it’s sometimes difficult to escape the penalties of the volunteer’s desire to be experimental with what they eat and the consequences. This is a habit which I can justly say I’m developing into an art form, but more of that next week. For the local doctors though, with this expanded differential diagnosis to a patient’s symptoms, wedded to the very limited diagnostic resources, the challenges are greater than for their UK counterparts. This is compounded by the high prevalence of TB and HIV so diagnosing conditions other than one, or both, of these is super-difficult. Hence, the value of quick and easy syndrome-based clinic guidelines, which is what I am working on currently. The home-run CME project appears to be working well and credit to the enthusiastic team of senior MAM doctors and volunteers who drove and now oversee this process. 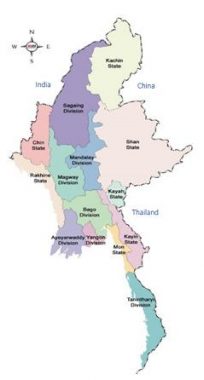 But this is dependent upon you being familiar with what I’m doing here in the first place, which sometimes I wonder about too. For those dipping into this blog for the first time, a reminder of the situation in Myanmar. It is one of the poorest countries in the world with the smallest amount of GDP directed to health care. Although health care is nominally free, outside Medical Action Myanmar (MAM) services and other NGO clinics, patients end up paying for medicine and treatment even in public clinics and hospitals, which are overcrowded and understaffed. Indeed, staffing in the government sector is a major problem. Career advancement is only possible through the hospital route but a junior doctor in training is only on a salary of around £40 weekly: a tough call if you have a family to support. Even the professors must supplement their government income with private practice. This is the major reason why many young doctors move to the NGO sector where salaries are two to three times higher. Looking at HIV, the epidemic predominantly affects people who inject drugs, female sex workers, and MSM, as it does in many areas of the world. National HIV prevalence is estimated to be 29% in injection drug users, 15% in sex workers, and 12% in MSM. As I spend more time talking about the health services elsewhere in the country, I thought it wise to append a map of Myanmar detailing the various states and major cities (right). I’m here because I know a bit about infectious diseases and tropical medicine, and I suppose a fair amount about HIV too. 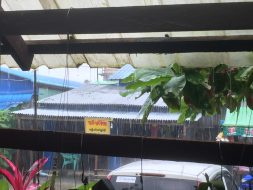 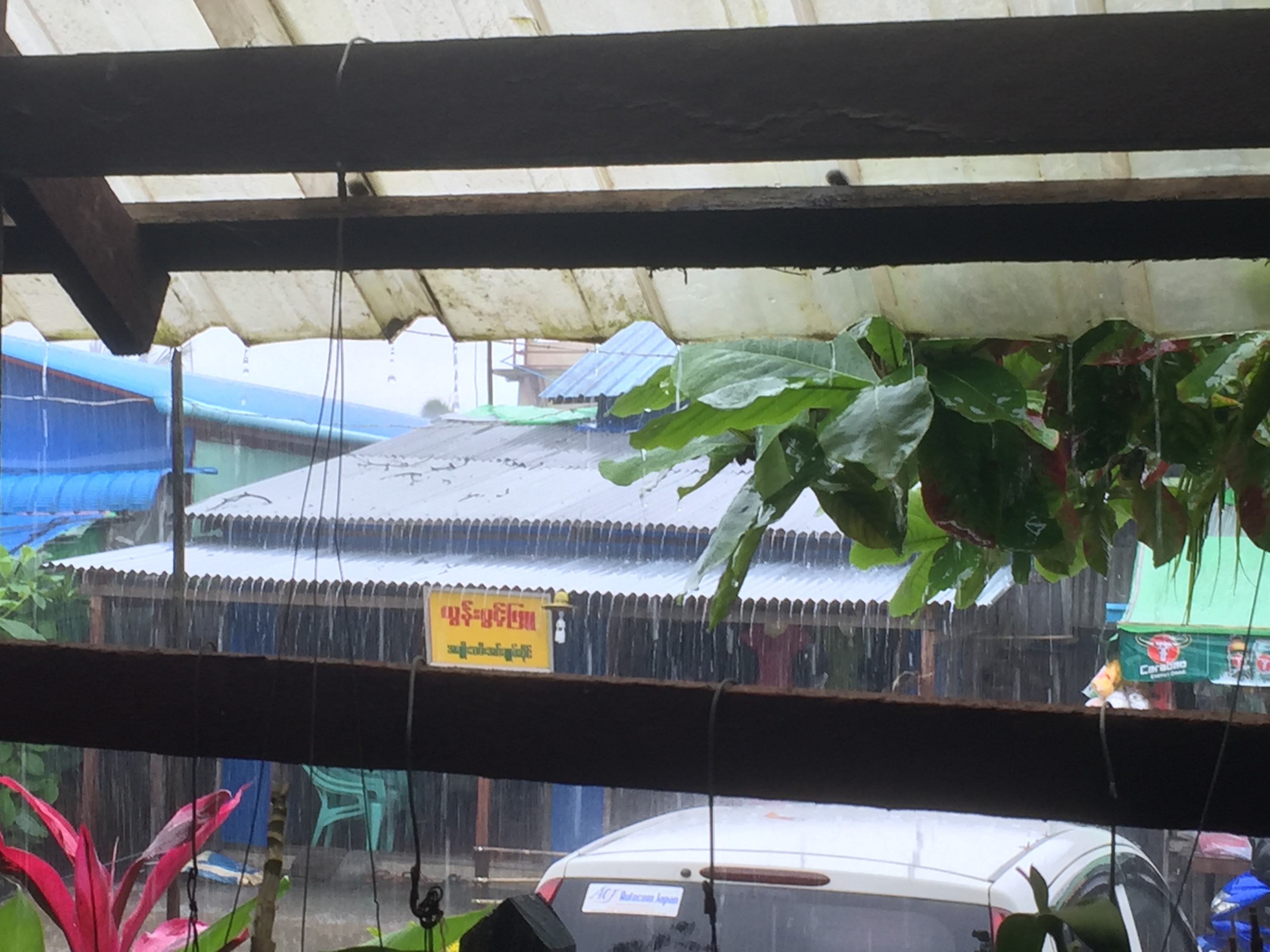 Since I departed for a 7-week ‘back home time’ in June, some things haven’t changed such as the rain (left). However, there have been some significant steps forward regarding HIV management. For the MAM clinics in Yangon, first and foremost is the funding provision for HIV viral load testing (the absence of which has put me on a war footing since my arrival) which will revolutionise management and yield tons of useful information. Currently, in addition to checking viral load where drug resistance is suspected, it is now being used on all established well-controlled patients to confirm complete viral suppression. Secondly, and nearly as important, is the addition of the most important of a new class of drugs for treating HIV (dolutegravir) to the MAM chemist’s cupboard as part of the expanded drug options promised from the government and the National AIDS Program for next year which will significantly widen therapeutic options, especially for patients with drug intolerance and those requiring second or third line therapy. Lastly, there is movement on the development of a site for safe sputum induction in the largest clinic which I believe will have more impact on improving the sensitivity of TB diagnosis, especially in those with HIV, than certainly my clinical skills. 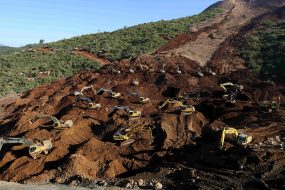 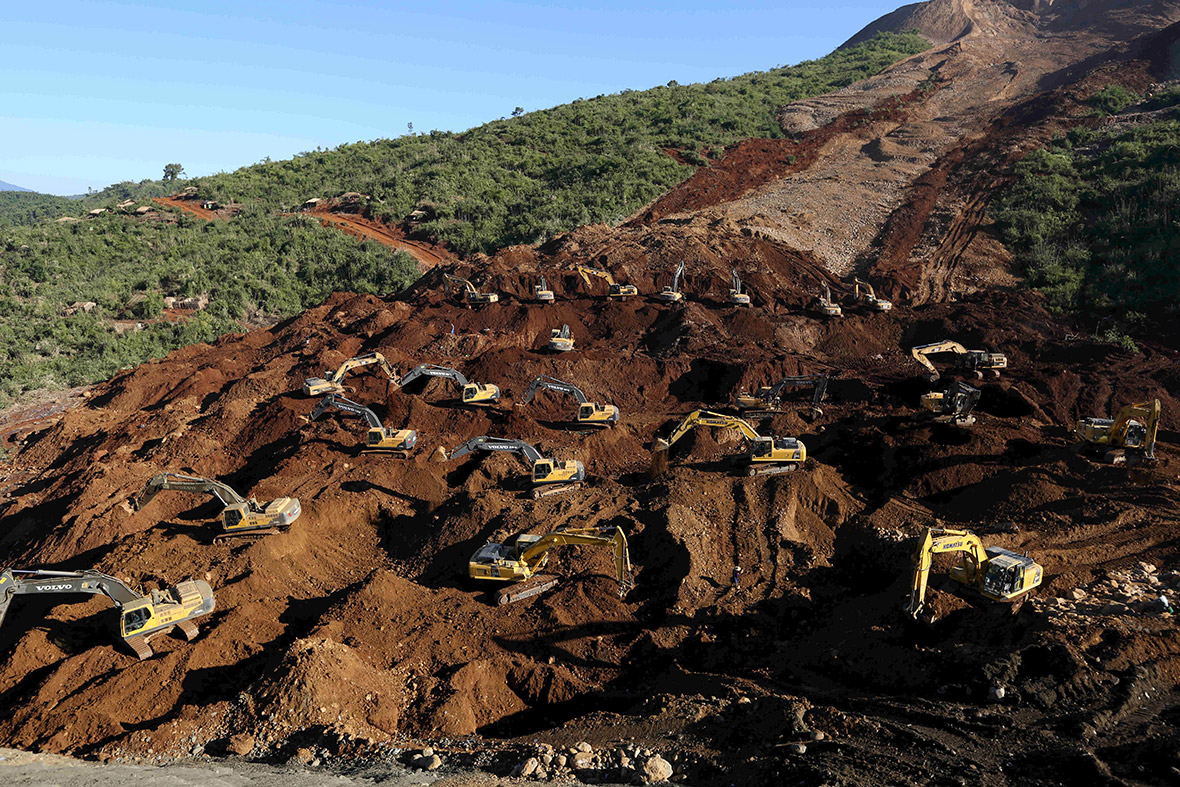 But moving on to what MAM does so well. Next week I travel to the very north of Myanmar to a place called Putao, where MAM has taken over two clinics previously run by another NGO and are in the process of improving and broadening care provided: more about this in next week’s blog after my visit. However, another place for which government permission has been given and now donor funding sought for clinic development is Hpakant in Kachin state, home to not only the largest gold mine in the world where dynamited hills disappear in a month (right), but also 300,000 scavenging itinerant miners searching for jadeite (the most sought-after jade). Combine this with cheap heroine and sex workers both serving the migratory male population, Hpakhant has predictably become the epicentre for the HIV epidemic in Myanmar and designated ‘high-high’ by the Department of Health. Currently, there is no dedicated HIV prevention and care with ART provision and MAM has agreed with the government to provide a package including this as well as primary health care including contraception and STI management, TB investigation and treatment, and brothel/community based counselling and testing. Impressive! 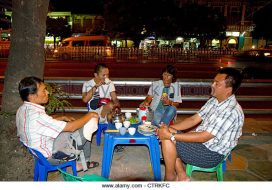 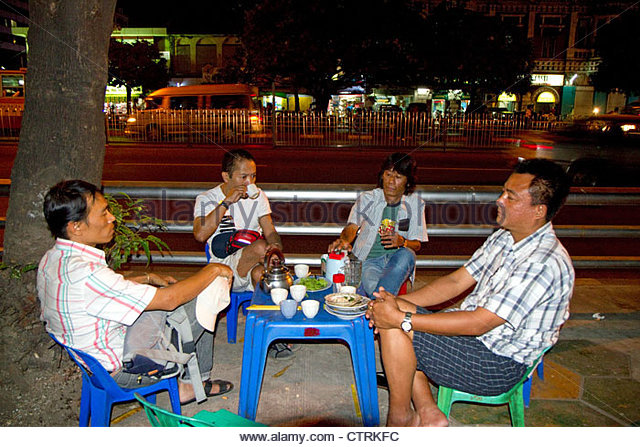 Moving away from medicine, traditional visits for the tourist in Yangon are to the Shwedagon pagoda at sunset, the Bogyoke market on trading day, and the city centre tour to see the legacy of colonial architecture – splendid in its magnitude whether in near ruins, refurbished, or preserved for posterity and visiting dignitaries, such as the Strand hotel on the water front (left). The best bit for me, however, is wandering around old Rangoon between the market and the sea front absorbing the street activity and drinking tea at one of the innumerable stalls where plastic tables and chairs are laid out and you balance precariously amongst welcoming and tooth-free betel-stained warm smiles sipping the refreshing and endlessly provided warm green tea (picture). Another recommendation not taken up by the five-star hotel tourists is the circular Yangon rail route, constructed by the British which is mainly just a local commuter train for those working in the city centre but used by everyone. Now as I was incubating salmonella, I took this exorbitantly priced 200 Kyat (approximately 12 pence) three-hour circular rail route for the first time. I’m not certain if the track, carriages, or rolling stock have changed still then. Aside of the perpetual sensation of imminent derailment, the lack of any doors, the expected overcrowding, the non-paying accompanying animals, and the food merchants selling their wares, it was a window both from within and looking out for the uninitiated tourist of the true aching poverty of life for the locals (below). Yet, in my now many months here, I’ve yet to come across a local complain about their life. 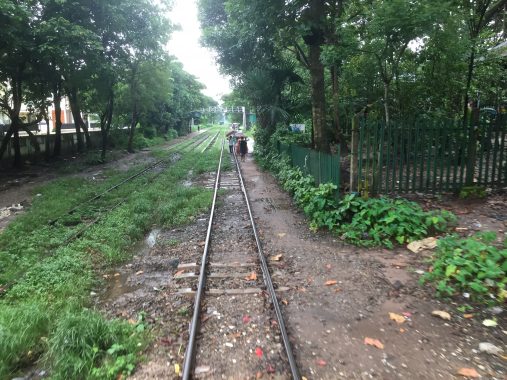 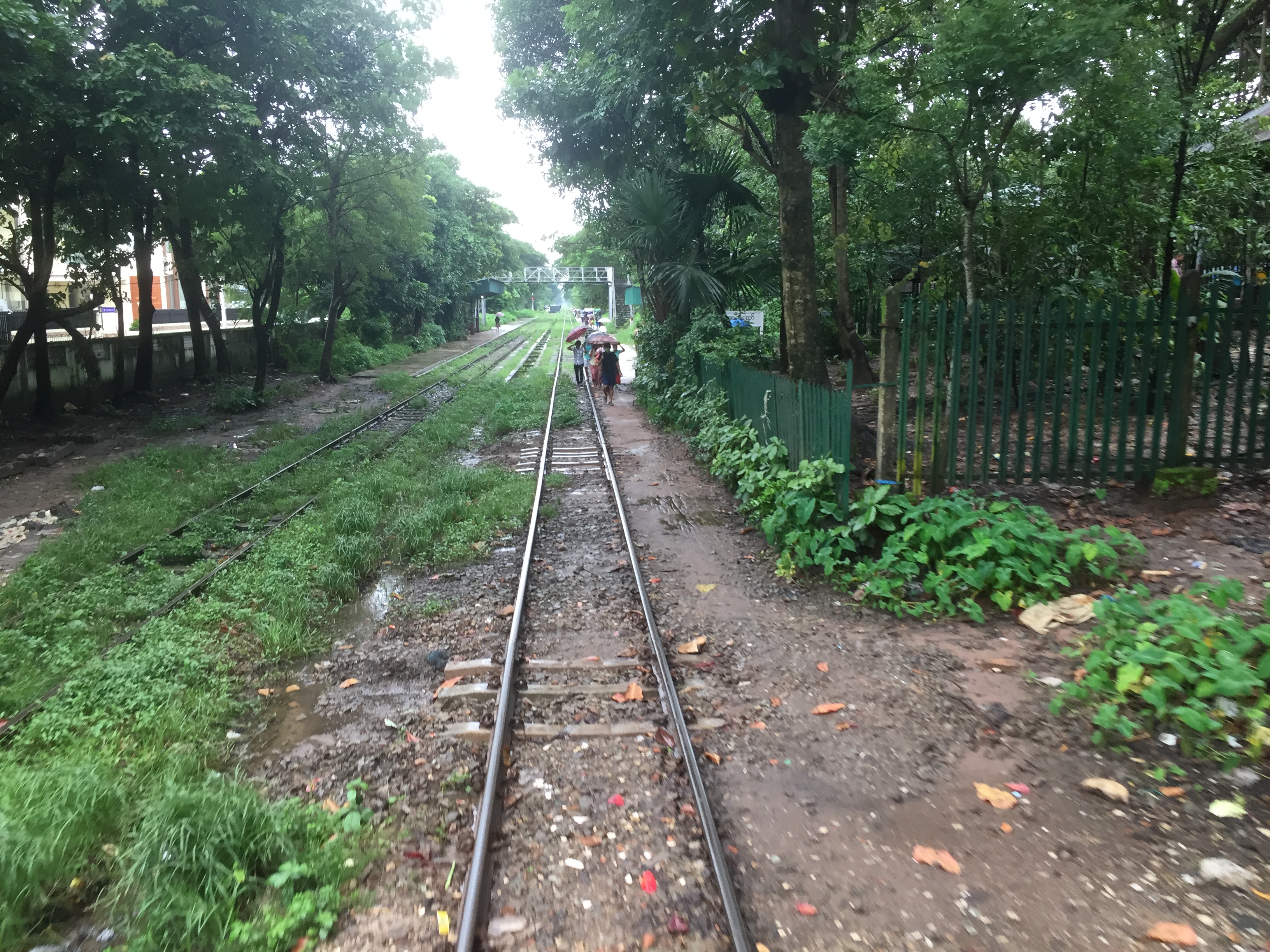