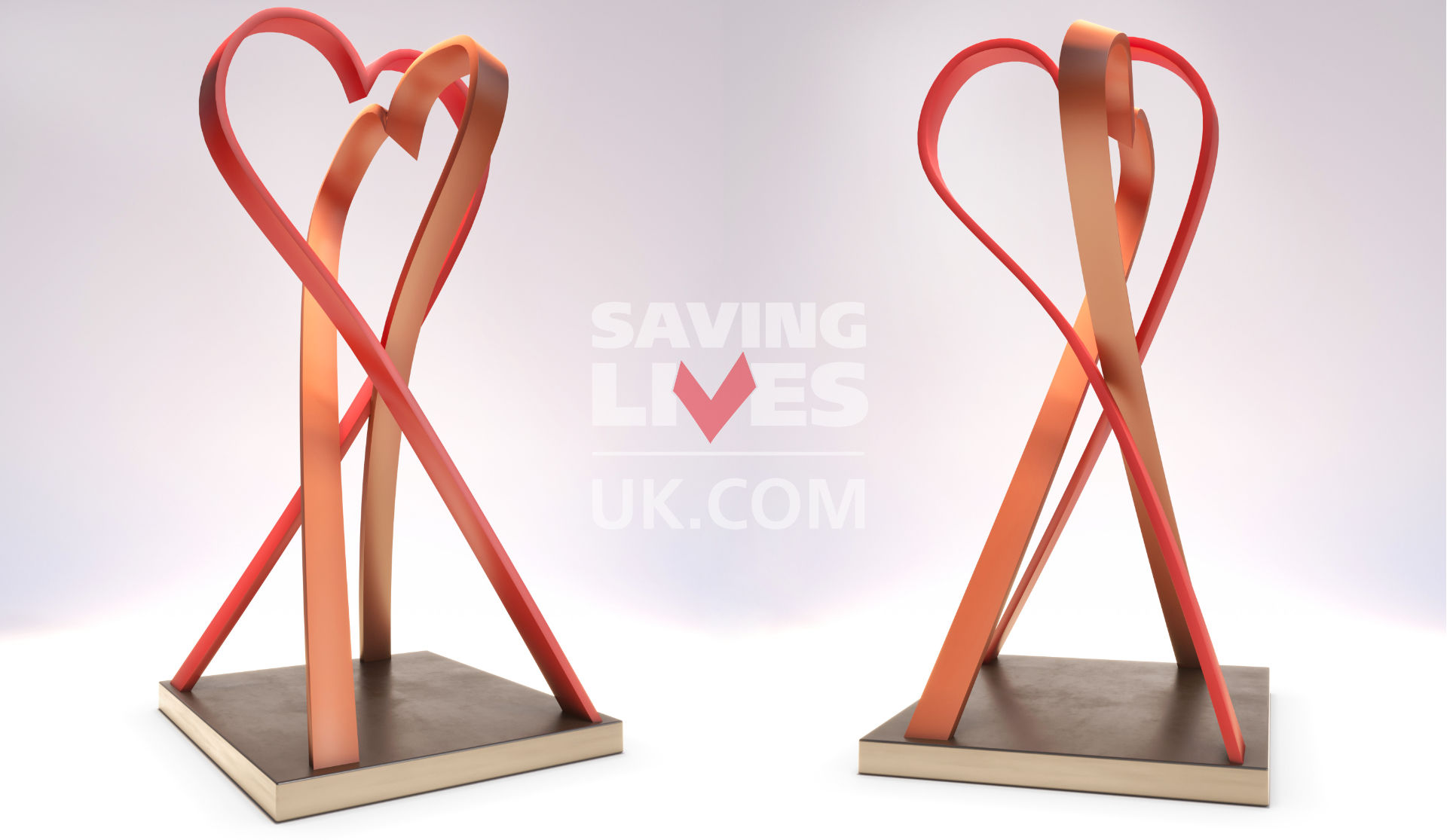 Saving Lives UK has been a proud supporter of the Birmingham AIDS & HIV Memorial (BAHM), offering administrative and governance support throughout the process. Today, on World AIDS Day 2021, the charity is pleased to announce that they will also be donating £3,000, through their Grassroots Grants initiative, towards to the construction and delivery of the memorial.

World AIDS Day 2021 marks the 40th year since the first reported cases of HIV-related illness and deaths. The annual event is a time where we come together to remember those we’ve lost to the virus, thank those who work in HIV, support those living with HIV today, and pledge to end new transmissions.

Birmingham-based HIV activist, Garry Jones, has been working with groups across the city to crowdsource talent – and, along with Birmingham Pride co-founder Phil Oldershaw and owner of The Fox pub Andy King, has been fundraising for the memorial.

The BAHM committee decided to use the heart-shaped ribbons so familiar to every World AIDS Day as part of the memorial design, in which they represent two people. They are entwined as if embracing and supporting each other. The two ribbons also represent the dual entities of HIV and AIDS, the past and the future, remembrance and hope. The monument will stand unashamedly tall, at around six metres, to show that people living with HIV, and those lost to the virus, will no longer be hidden or overshadowed.

Local sculptor Luke Perry, who is known for his monumental works celebrating under represented people, will be constructing the final artwork, and Saving Lives’ donation is intended to help fund this crucial fabrication work. The memorial will be located at the top of Hurst Street, in the Birmingham Hippodrome Square.

Saving Lives’ Clinical Director, Doctor Steve Taylor, said:
“Forty years on from the start of the epidemic it’s time that we had a permanent monument in our city to remember those who we’ve lost along the way to this virus, to thank those who have worked in HIV, and highlight the continued need for support and care for those living with HIV today. As a charity we’re proud to support the Birmingham AIDS & HIV Monument.”

Tom Hayes, Saving Lives trustee, commented:
“Cities around the world have monuments to remember those lost to HIV & AIDS. It’s time our wonderful city of Birmingham joined them. We hope our donation will help bring the Birmingham AIDS & HIV Memorial to fruition. It’s time for the city to have a permanent place to remember and reflect.”

To find out more about the Birmingham AIDS & HIV Memorial, and how you can get involved head to www.bahm.co.uk