Stigma and Living with HIV 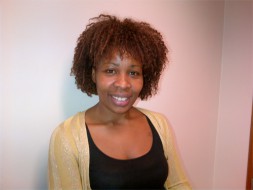 The recent comment by Burt Reynolds that Charlie Sheen “deserves HIV because he misbehaved badly” is a sad reflection of the ongoing myths which surround HIV. No one deserves HIV. Nor is HIV some sort of judgement or punishment for having made particular life choices. It is this type of rhetoric which perpetuates HIV shame and stigma.

The result of associating HIV with wrongdoing is that people are afraid to get tested, to disclose an HIV-positive status, and to make healthier decisions around living with HIV. It is worth remembering that HIV is no respecter of persons. Anyone can contract the virus.

Whatever your background, culture, socio-economic status, religion, sexuality, race, age – anyone, absolutely anyone, can contract HIV. And, this is irrespective of whether you’ve had a single sexual encounter or numerous sexual experiences. It is not a numbers game. HIV doesn’t happen if you’ve had X amount of sexual partners. Because simply put, HIV can be contracted if you’ve been sexually exposed to a person with HIV (particularly if the virus is infectious and not being managed by antiretroviral therapy). And, for sure, if a person is unaware of their HIV status, then they will not be seeking treatment for the virus.

Saving Lives states: “It is estimated that one in five of those living with HIV in the UK do not know they are infected. That means they cannot access life-saving treatment – and may be infecting their partners unknowingly.” Thus it seems to me, that rather than demonising people living with HIV, making unhelpful criticisms about their sexual history and lifestyle choices, shouldn’t our focus, as a forward-thinking society that sees the value in all people, be on raising HIV awareness and encouraging individuals to get tested and know their HIV status?

Because only then can the virus be managed through treatment and further infections be reduced. The fact that some elements of the media perpetrate misinformation and misconceptions around HIV, remains at the heart of why living with HIV carries such social stigma and prevents people from coming forward to get tested.

To eradicate HIV – the attached fear, stigma and discrimination – we need to reject that rhetoric of judgment and condemnation which disempowers people living with HIV.