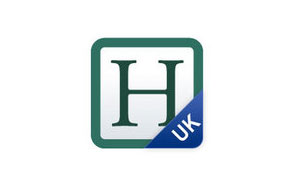 This blog is definitely not for the faint-hearted: if you’re easily offended, please stop reading now! For those of you who would like to have a greater understanding of a new subculture which is rapidly emerging nationwide and internationally, and fuelling the transmission of STIs, HIV, hepatitis C, however … then please read on.

The story I’m going to tell concerns three individuals, whom we’ll call (with a hat-tip to Mr Tarantino) Mr Pink, Mr Orange and Mr Black. The reason I’m telling these stories is that last week during my HIV clinic, three of my patients were diagnosed with acute viral hepatitis C. This is how it happened.

Mr Orange is a 48-year-old accountant, married with two children. He’s HIV-positive and has been for some years – he’s very well-controlled on his HIV medication with an undetectable viral load and a healthy immune system. As part of his six-monthly check-up, routine blood tests were undertaken … and it is was noted that his liver function numbers were a little awry. Further investigation unexpectedly revealed that he had become positive for hepatitis C antibodies.

Mr Pink, meanwhile, is a 36-year-old professional musician. Exactly the same thing happened to him: on a routine blood screen, his liver function tests were elevated and further screenings revealed that, although he was negative for hepatitis C antibodies, the hepatitis-C virus was detected in his blood. This indicated that he had experienced a very recent infection and his body had simply not yet had chance to generate antibodies.

The pattern continued. Mr Black had been in sexual contact with an individual who was also HIV positive, and who subsequently told him he had recently been diagnosed with hepatitis-C. Mr Black thus attended the sexual health clinic requesting a blood test for hepatitis C. This, too, turned out to be positive.

Classically, hepatitis-C is known as a blood-borne virus. It is very closely associated with intravenous drug use, contaminated blood products, and the use of non-sterilised medical equipment (such as needles and surgical instruments). The chances of it being transmitted sexually have always been described as extremely low – until now.

Over the last year, we have witnessed an outbreak of acute sexually-acquired hepatitis C, predominantly among gay HIV-positive men. This is occurring in every major city across Europe. We need to dig a little further into the current practices of an increasingly prominent subculture to find out what is going on.

It turns out that this outbreak is being driven by a chemical-induced state of disinhibition, hyper-sexuality and boundless energy, provided by either snorting or, latterly, “slamming” (intravenously injecting) recreational drugs. Furthermore, sexual practices associated with significant genital trauma seem part and parcel of this new trend.

Take Mr Orange. He is an everyday kind of guy, whom I guarantee you would not think was into intravenous drug use. But he found himself at a party in which many people were snorting mephedrone, otherwise known as MCAT or meow-meow, a recently banned substance also sometimes referred to as ‘plant food’. This drug is generally snorted, but it is now becoming increasingly the norm amongst certain groups of party-goers to inject or ‘slam’ these drugs: this purportedly provides a greater ‘hit’.

The people using this drug are the not the classic stereotype of a drug user. They are not dishevelled. They are not thieves. They do not sell sex for money. They are often intelligent, employed party-goers who have migrated from snorting drugs to injecting on a recreational basis. This is exactly what happened to Mr Orange. I asked him how he’d found himself in this situation, particularly since he is needle-phobic. He said a friend suggested to him that he should try it, and unfortunately he let that friend inject him with a shared needle.

Hepatitis-C is extremely easily transmitted by shared injecting equipment. It’s therefore not surprising that Mr Orange became infected. Mr Pink, too, recounted a similar tale of partying hard and being involved in the club scene. He also used recreational drugs to fuel his hedonistic weekends. He said he didn’t slam, but that many of his friends and people around him on the club scene were doing it quite openly – and that the practice was spreading from London into Birmingham.

Mr Pink did admit that during one of these drug-fuelled evenings, he had gone to a club with “backrooms” that contained “slings”. Slings, I hear you ask? Imagine a contraption used by stunt men and actors to hold them off the ground, a la Peter Pan or Spider-Man. These particular slings hold the person off the ground, and offer up their nether-regions to individuals who walk by, and who might like to engage in sexual activity. On one particular drug-fuelled evening, he recounted that whilst harnessed into a sling he had had sex with over twenty men. It was during this weekend, perhaps unsurprisingly, that he acquired hepatitis-C.

This brings us onto Mr Black, who attended clinic after being told that the person with whom he’d been sleeping for several months had been diagnosed with hepatitis-C. Sure enough, Mr Black, too, had been infected. He was the third individual whose HIV was well-controlled, who had a healthy immune system, and was holding down a good job; but he too was engaging in recreational drug use and risky sexual practices.

Not wishing to infect anybody else with HIV, Mr Black had decided only to have sex with other individuals who were HIV-positive – an increasingly commonplace practice known as ‘sero-sorting’. For some, a declaration of positivity has become part of their user-profile social networking websites. On these sites, users may declare their sero-status and willingness to ‘play’ with others who are positive.

Sero-sorting has become an approach to reducing the transmission of HIV amongst people who already know they are infected. What people have not realised, however, is the strong potential for infection with a wide range of other STIs: syphilis is now endemic in some groups within the gay population, and is far more easily transmitted than HIV, even through oral sex. Similarly, we need to rethink the dogma that sexual transmission of hepatitis C is a rare event. Instead, we must now realise that the sexual transmission of hepatitis C does occur, ironically particularly amongst gay men who are HIV-positive.

We are now in a situation where chemical sex, or chem-sex, can lead to disinhibitions and multiple, prolonged episodes of sexual contact. This in turn is creating a new mini-epidemic of sexually acquired hepatitis C. More worrying still, perhaps, is that the increasing practice of “slamming” club drugs appears to becoming more acceptable and recreational. It is now becoming more widespread in clubs around the UK and Europe.

It therefore becomes more important than ever that people not only continue to test for HIV – but also other blood-borne viruses such as hepatitis B and C, as well as considering testing for syphilis. We believe that those who are highly sexually active should be having sexual health check-ups on at least a six-monthly basis. Public health messages need to be targeted at those most at risk with some urgency, if we are to stop further spread of hepatitis C within the gay community – and, inevitably, beyond it.

So relatively new a phenomenon does not necessarily call for new messages, however. We must redouble our efforts to persuade everyone that condoms remain the absolute best protection against STIs, and that their use should be non-negotiable and routine. And we must re-emphasise against the crucial importance of education and awareness-raising in helping people understand in a non-judgemental way what STIs are out there, how they are contracted – and, most crucially, how to avoid them.