Hit enter to search or ESC to close
FootballHeadlinesInternationalNHSPositive PeopleSchoolsSport 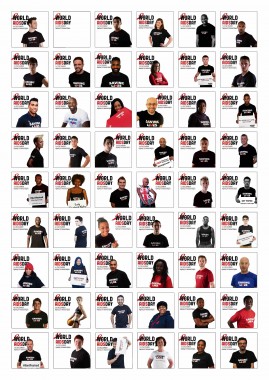 Saving Lives has been promoting HIV testing in the gay and black communities in its native Birmingham, and reaching out to football clubs across the country to communicate a simple message: HIV testing saves lives, and stigma kills.

“The later a person’s HIV is diagnosed, the worse their health can become,” says Dr Steve Taylor, the charity’s Medical Director. “But there’s no need for this: today’s medicines can provide people diagnosed early with a full and long life.”

With Premier League footballers, Olympic athletes and medal-winners, people living with HIV and representatives of almost every race, religion and sexuality, Saving Lives breaks down barriers through social and mainstream media. Its campaigns have appeared on the BBC and the Guardian, the Daily Express and The Sun.

“We can all be positive about trying to end stigma without being HIV-positive,” says the charity’s patron, Hull City FC’s captain Curtis Davies. “There are a lot of myths about HIV, but they’re just that. Anyone can get HIV, and everyone can help prevent it.”

“Positive people can do anything: become doctors and nurses, footballers and businesspeople,” emphasises Dr Taylor.

“That’s why we’ve gathered together people from every walk of life this World AIDS Day to send a message: we can and should all do something about HIV.”

Saving Lives ambassador and former radio DJ Peter Bates has chosen this World AIDS Day to be open about his own diagnosis. “It’s time to come out of the shadows and stand up a be counted,” he says.

“Being open is the only way we can start to tackle the Stigma that still surrounds HIV  and which stops people testing,” Bates added.

The charity is offering free home HIV testing kits to anyone who wants one via its website, www.takeatestuk.com, using the code SAVE16.