The decision to come out of the closet as HIV-positive was one that required many long and somewhat uncomfortable conversations with my bathroom mirror. I would study my reflection, trying to see if I could tell the difference between the person staring back and the guy who now only exists in pictures. I still wore his face, his clothes still fit me and I could still manage to emulate his same outward demeanor, but it was a farce. Something felt different. For the first time since coming out as a gay man, I felt like I was hiding.

Still, I managed to escape the reflection and lose myself in the comforts of old habits. I spent time with my friends laughing, dancing, drinking too much vodka and sneaking cigarettes when no one was looking. We talked about sex and dating, and I managed a good front for a couple of months.

Although my secret identity was acceptable, and maybe even preferable to some, I had never been very good at keeping up a poker face. While eating lunch with my sister or sipping wine with my friends, my truth was beginning to thrash about like a pissed-off fish out of water, getting more and more desperate to breathe. I realized that the longer I kept my mask on, the deeper it cut into my skin. So I dug in my heels, fixed my hair, threw on a smile and braced myself for the turbulence.

I came out of the closet as HIV-positive. Not only did I come out but I used enough explosives to blow up my little door so that only a few ashes remained.

Telling my story gave me freedom. I had dithered on whether to publish my status right up until the moment it went viral, but the doubts I was wrestling with were eviscerated within mere seconds. Almost instantaneously, I was inundated with people who only had empathy and a willingness to begin a new conversation. The judgment of strangers that I had fretted over before seemed stale.

Furthermore, I received messages from men across the country who were going through experiences similar to my own. They told me about their fears, the dread that lived in the pit of their hearts and their battles with depression. Weaved within these messages, however, was a sense of hope that maybe they, too, would begin to open up about their HIV-positive status.

I also received a fair share of criticism. Some thought I was flippant, maybe even cavalier in my approach to HIV awareness. Nevertheless, it seemed that these responses stemmed from a similar vein of fear — fear of forgetting the past. I do not want to forget, by any stretch of the imagination. Instead, I want to pay tribute to those who have lost their lives by embracing the fact that HIV is not something to hide from under the covers anymore, and that we should modernize our approach to prevention.

The truth is that I am just not that scared of HIV (but saying that can really piss off some of the old-guard activists). My doctor said I might lose, at most, two years off my life because I am now HIV-positive. Honestly, I don’t even accept that answer. At 29, I think I’ll have quite a few years to wait around for a better one.

I was told by a friend to not read the feedback to the piece, but I couldn’t resist. Although there were some pretty scathing remarks, I was able to remain fairly unshaken. Sure, the baseless health threats and character digs stung a little, but it only took a minute to snap out of it. However, it was a comment meant to defend my story against the negative remarks that eventually sent me reeling. A reader had made a comment in response to several remarks that suggested I was negligent and moronic with my approach to the topic of HIV: “Don’t worry… those people are just jealous of your former fabulous life…” Former?! I guess I didn’t realize I was supposed to bow my head and slowly abscond to the local HIV support group in silence while the violins played.

No, absolutely not. I had found a way back to myself. I could, again, claim the face in the mirror as my own. The bratty nuances and cocky tendencies that I had admittedly occupied became authentic again. Quite simply, I found a way to like myself once more. If, indeed, my life was “fabulous” before (and I am not quite sure if it was), I stand firm in the assertion that it is just as “fabulous” now. So if you found my first account to be rife with gay stereotypes of stylish nods and trendy clichés, I plead guilty. It was an honest glimpse into my world as I see it.

Being diagnosed as HIV-positive and deciding to publicly own my status has given me lucidity, understanding and drive. I embrace the lot I have been given and plan on capitalizing on this platform for all my fellow homos out there. But don’t get me wrong: As I begin to drag this conversation out of the closet and take it with me to hang out with the boys, I plan on doing so with a healthy amount of self-tanner, copious doses of sarcasm and a shot of tequila every now and then (but, for the sake of growth, maybe I would let go of the secret cigs, because there is nothing fabulous about that).

We can all recognize that at one point or another, we all could have made the one mistake that might have made all the difference. I fervently hope that you never do, but if just maybe you did, you should not be afraid to get tested. If you take care of yourself, you no longer have to lose the parts of you that you love. Who knows? Maybe you can even shed some of the parts that you don’t.

And yes, you can still be “fabulous.” 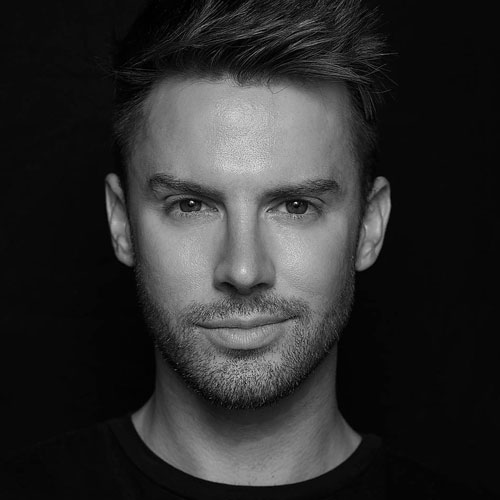