I was staggered. Stunned! The tears fell hard – very hard.

Three years of deteriorating health climaxed in an HIV-positive diagnosis in July 2007. This diagnosis came three weeks before my wedding. At the time, three words described how I felt: disbelief, disappointment, and disgust. In that order! Then in reverse! All of it directed at my feeble and fading self. How could I have allowed it to happen to me? I – in my mid-thirties, vivacious, and studious – was a hardworking professional (with a privileged background to boot). How had I become this statistic?

Since 2004 I had continued to work full-time while I consulted specialist on specialist to get to the bottom of my failing health. The symptoms: chronic fatigue, aches and pains in the legs which debilitated my walking, night sweats, and general malaise. I spent entire weekends in bed wiped out and unable to move just to regain some energy for the work week ahead. Throughout the medical investigations, there was a nagging inkling it might be HIV, but I refused to give the thought much credence. What had one doctor said: “I didn’t fall into the ‘high risk’ category group.”

In any case, such things didn’t happen to me. But it did. On that summery 4th of July day – it was happening to me.

I was faced with a myriad of things ‘to do’. Inform my fiancé at the time of my diagnosis (he immediately tested negative). Get into the routine of antiretroviral therapy (my CD4 was around 113). Finalise plans for a wedding (with family due from overseas in a matter of days). Suffice to say, it was a turbulent time. I was a wreck: physically, emotionally, mentally and spiritually. Although the support of my sister, the THT counsellor and medical team at Heartlands was exceptional – my self-image and self-worth was shattered. I felt cheapened, dirty. Even violated! My relationship with God suffered profoundly. Where was He (God) in all this? I asked over and over again.

The days blurred into weeks. The wedding went ahead. Magical in many ways – but the bubble of what should have been a perfect day marred by HIV and the heaviness of guilt, shame and bitterness. It took a pinprick to burst the illusion and the marriage failed within three years.

From that point – divorce to date, I began the slow and difficult process towards restoration and reconciliation. (I don’t say ‘recovery’ or ‘healing’ because there is no cure for HIV although in the West it is a manageable illness). For me, the journey involved the reconciliation of my old self with a reconfigured self; living with HIV. This was my new normal.

Six years on. I am in a great place. I feel stronger: physically, emotionally, spiritually and mentally. I am restored to a space where I feel well and healthy (sustained by medication, exercise and a good support network). At the peak of my illness I was unable to walk, let alone run for five minutes without being wiped out for an entire day. My mind was often confused and in a fog of discomfort. And I had slowly disconnected from my spiritual source.

Today: I am studying for a PhD full-time, working part-time, keeping fit with spinning and running, and have re-established my relationship with God. I am one of the lucky ones: to have been given a second chance at life and living. Of course moments of regret linger. Of course in a perfect universe I wouldn’t have chosen an HIV path for myself. Of course if I could turn back Time, or live my life over, I would have insisted on condoms each and every time. But despite all the challenges that come with living with a chronic illness, like HIV, I have gained so much: a deeper appreciation of self, purpose and dignity. I no longer feel dis-empowered by HIV. Rather I feel very much empowered by the journey I have been on because of HIV.  It doesn’t define me and yet it has redefined who I am – for the better.

What would I have done differently if given the chance again? Three things. (1) Had a condom in my purse every time and used it every time. (2) Taken an HIV test earlier and regularly. (3) Kept up-to-date in my awareness and understanding of HIV facts. Why? Because ignorance and inaction disempowers and can ultimately destroy while, on the other hand, truth and knowledge empowers and offers informed choices. 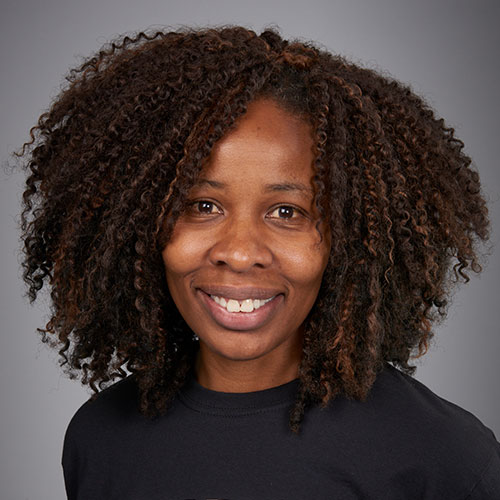