‘HIV is shit!’ was one response I received to a tweet celebrating my 21 years of living healthily and well with the virus.

I don’t know if this was the author’s personal experience – but it’s not my own. I was lucky enough to be diagnosed a few years into the era of effective HIV treatment. Dosing has improved so that side effects are now minimal. For many people living with HIV, who have access to the vital medicines, the fear and ignorance we encounter may be the greatest challenge that HIV presents. And I’m now immune even to that. I’m HIV and proud. Any HIV serophobia is just water off a duck’s back.

A while ago I came to the conclusion that the only way we could successfully tackle the stigma that is still associated with this virus was if people were willing to be open about it. We made great strides in LGBT equality when lesbians and gays started coming out. People were forced to understand that lesbians and gays were everywhere: in their workplace, churches and their families. Similarly, we can tackle much of the prejudice about HIV by refusing to hide our status. People with HIV aren’t frightening or different when you hang out with us.

As a gay man, going through my teens at a time when homosexuality was still very much taboo, I used to censor myself the whole time. I felt the need to hide parts of myself in the hope that I would be accepted. It didn’t work for being gay; it doesn’t work for being positive.

I don’t regret coming out as far and I’ve not regretted the decision to be open about my HIV status either. It’s been liberating. All of my fear and shame, my self-stigmatising, has been washed away. I don’t fear rejection because I don’t want to be with anyone who would reject someone because they’re HIV-positive.

For some people living with HIV is a source of huge personal shame. Many people with HIV haven’t told their families, their work colleagues and some, still, find themselves unable to be open with the people they have sex with. Some who live with HIV may even condemn others who are open about their status, preferring that no one discuss it at all.

For me, being open about who I am, about my desires, my strengths and my even my flaws only makes me feel more powerful. What other people think of me is ultimately beyond my control but I know that I’m at my best when I’m fully present. That means not hiding those parts of me, including my HIV status, just because that’s what others may expect.

I didn’t do anything ‘bad’ to get HIV. I had sex. Most of those who seek to criticise or judge have done the same at some point in their lives. So have their mothers.

HIV is just a virus, not a moral judgement. I’m proud of what I’ve achieved in the years since acquiring HIV, and that includes providing encouragement and support to others who are dealing with their diagnosis. I hope that I’ve had some impact challenging stigma. I hope that I’ve been a part of a movement of people who’ve countered the idea that HIV is shit. HIV doesn’t define me – and it doesn’t limit me either.

You may not be ready to be open about HIV. Take your time. But don’t waste your life on feelings of shame or regret.

When we smash the viral closet we smash HIV stigma. 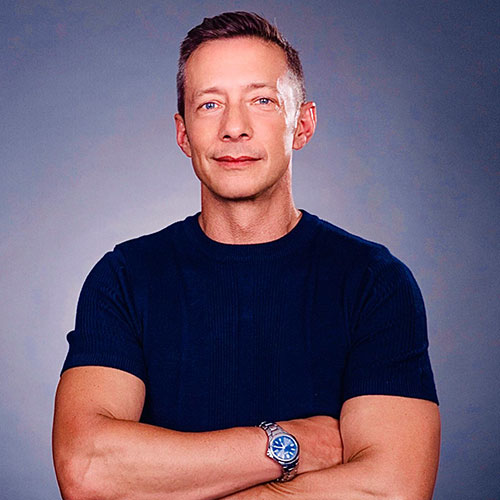