‘Have you looked in the mirror lately?’ my GP asked me. This was after I had been laid up in bed too ill to move. When I finally summoned up the strength to get up and go to my GPs, I guess looking in the mirror was the least of my priorities!

It turned out that I was quite jaundiced and my eyes were very yellow! He suspected that I had Hepatitis and he later confirmed this. I was, at the time, doing my final exams at University of Manchester. This was in the early 90s. I moved back to London after I graduated. Shortly after that, my GP called me into the surgery and suggested that I have an HIV test. There was no discussion, no information, just simply that as I had had Hep B, that it was best for me to test.

He gave me a form to go and do a blood test at the hospital. I looked at the paper and it had ‘test for HIV’ on it. I will never forget that day. I took the piece of paper, walked to the local library and started looking up the definition for hepatitis. I wanted nothing to do with HIV at that point.

I didn’t go for the test as advised. Two weeks later the GP write me a letter ‘strongly recommending’ that I go for the test. The word ‘strongly recommend’ was underlined in red. I went to for the test the next day. Despite numerous attempts to contact me, I never went back to the GPs for my result. However, the seed had already been planted. It seemed as if everywhere I looked, the word HIV kept staring at me. The TV, newspapers etc, all seemed to have something about HIV.

After living with this uncertainty for about 6 months, I finally plucked up the courage to go for another test.

This time I was more prepared and so went back for my results. It was positive. I can’t into words what I felt. Extremely scared is just one way of describing how I felt. What made my situation worse was that my brother had recently disclosed his status to us. Unfortunately, it was the pre-HIV treatment era and so he spent a lot of time in and out of hospital. He had every opportunistic infection going, Kaposi’s sarcoma, meningitis, TB, you name it he had it. He died a year later in the Mild may Hospital. As each day of his life slipped by, I slowly saw my own life unfolding.

I couldn’t disclose my status to my family friends. And I lived like that for a very long time until finally a close friend disclosed her status to me. I just though – thank God! Another woman living with HIV. Up-to to this point I was convinced I was the only woman in London living with HIV!

To cut a long story short, my friend introduced me to a support group where I met a group of about 5 other positive women. Some were mothers, others were working. Just women going about their everyday lives. That first group of women inspired me to carry on. Together with my brother’s experience, they also gave me the drive to want to work in the HIV sector. Many years down the line and I am still working!

There are many things that have inspired me over the years and kept me going. Amongst the most important ones are: bringing up my beautiful daughter; my very supportive friends and family; other people living with HIV; the numerous opportunities – through working – that I have had to make a difference to other positive people’s lives and finally my greatest hope that there will come a time in the future, when all people living with HIV will have access to the treatment, care and support they need in order to continue leading healthy and fulfilling lives.

Now? I live one day at a time. Appreciate each day I am alive and try and do what makes me happy. Within reason of course! 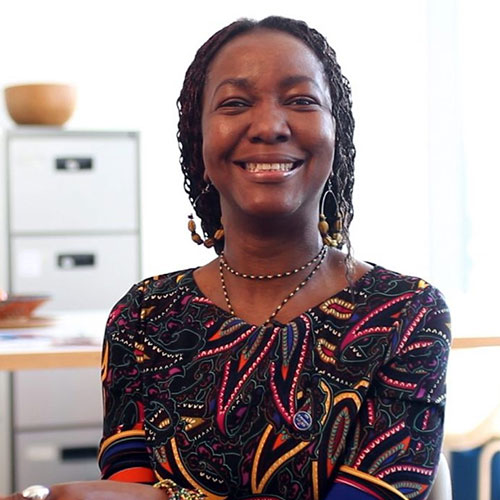