Tackling HIV stigma from within our own communities

When I opened up about my HIV positive status to the world on March 30th 2015, I knew I would receive negative comments from right-wing newspaper columnists. I was braced and ready for that reaction.

Thankfully, 90% of the comments were positive, encouraging and celebrated my authenticity and honesty. Sadly, I was disappointed that  for the most part the 10% of negative reactions came from fellow gay men, disgusted at my revelation, slut shaming me and in some cases wished I had AIDS or claimed that I deserved to die for being so “stupid”.

Even now, five years on and I still receive nasty messages. The most recent was from someone who I hadn’t heard from in a long time, who hoped I had died from an overdose. Now, I for the most part I am able to brush off those sort of comments, living such a public life means you have to develop a fairly thick skin, but the audacity to write such a thing really hit me this time.

The stigma that surrounds being HIV positive still persists despite work by activists who have opened up and shared their status – making it easier for those who are diagnosed later on. It shocks me how negative and abusive some gay men are within our LGBT+ community can be when it comes to PrEP and U=U.

Time and time again I see people using moralistic and judgemental language when it comes to PrEP and U=U – I don’t know whether it’s jealously that they feel they’re missing out or some form of insecurity or fear, but we need to make it clear that taking PrEP and U=U are both positive and responsible actions that prevent HIV transmission – protecting everyone’s health.

If we are ever to eradicate the stigma surrounding HIV, then we need to educate some of our own community before we tackle bigger task of educating the wider public.

My wish for World AIDS Day 2020 is that people would make an extra special effort this year, to call out stigmatising comments towards those living with HIV and those taking PrEP – especially from within our LGBT+ community. That will be a start to saving lives on a wider scale. 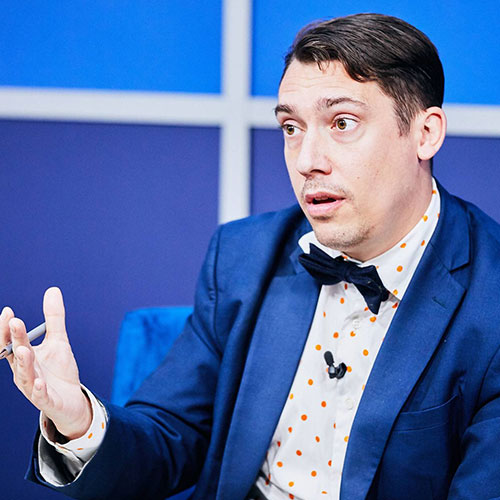