It’s #WorldAIDSDay and I thought I would share my story in a thread. I was born with #HIV HIV in 1998, full blown AIDS by six weeks of age due to poor care. (my mom was an alcoholic & addicted to crack & was barely able to get by herself). At six weeks of age I was in a coma.

I was on life support @sickkids until I was six months old. My doctor, Dr Stan Read and staff fought to save me. At six months of age they wanted to move me to a foster home for palliative care. They called more than 200 families and no one would take a baby dying of #AIDS.

Finally, they found a home. A couple who already had six kids, five of them with special needs came to Sick Kids to pick me up. They were told I had a month to live and they decided they were going to give me all the love they could for whatever time I had left.

Over the next ten years I was sick on and off, had a few surgeries, had a feeding tube inserted, was tested and found to have learning disabilities, mild cerebral palsy, Fetal Alcohol Syndrome.

Over the next ten years I was sick on and off, had a few surgeries, had a feeding tube inserted, was tested and found to have learning disabilities, mild cerebral palsy, Fetal Alcohol Syndrome.

As I grew, I started to see how unfairly people with HIV were treated & started to speak up. I started speaking when I was ten. I felt empowered, like I had some control over this disease. I spoke at medical conferences with no media present.

When I was twelve I was asked to film a documentary for @GlobalTV 16:9 program which aired internationally. You can watch it here.  https://www.youtube.com/watch?v=EpNrdxRICyw …

Three days after that video was filmed my birth mom, who I had maintained a relationship with (supervised visits) died in a fire on Christmas Eve. That was where my journey with mental illness began. I have had anxiety since then.

I still struggle with anxiety but I found a way to stand up to the haters. Living openly and without shame. I started speaking about growing up with #HIV at WE Days in stadiums across North America when I was sixteen. which were livestreamed to millions.

From there I spoke at @UNAIDS in Geneva and participated in the UN General Assembly in New York.

I’m so much more than just HIV positive. I’m a singer, actor, aunt, sister, friend, girlfriend, skateboarder & many other things. Faith and hard work and lots of love is what got me here. My viral load is undetectable, I can get married, have children & live a pretty long life.

Last year I overcame another hurdle. I’ve always struggled with my scars – across my neck, on my chest & on my abdomen from various life saving surgeries. I’d never wear a two piece bathing suit etc then last year I was asked to #LoveMySkin

The campaign was called #UnderMySkin The Art Of Loving Your Selfie by the artists @SteviSesin and @LaureenDB The scars on my neck & chest have faded since I was a baby & a double belly button from my feeding tube. #NoShame #HIV #WorldAIDSDay 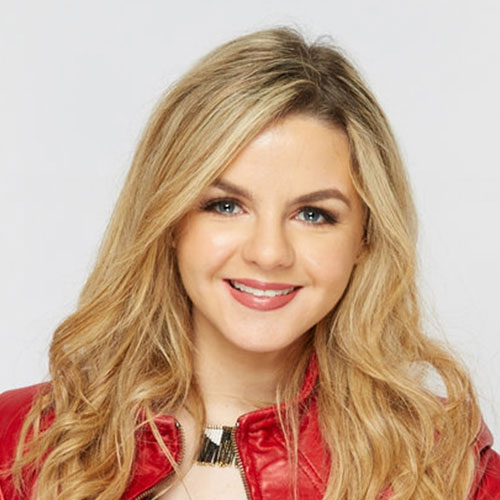