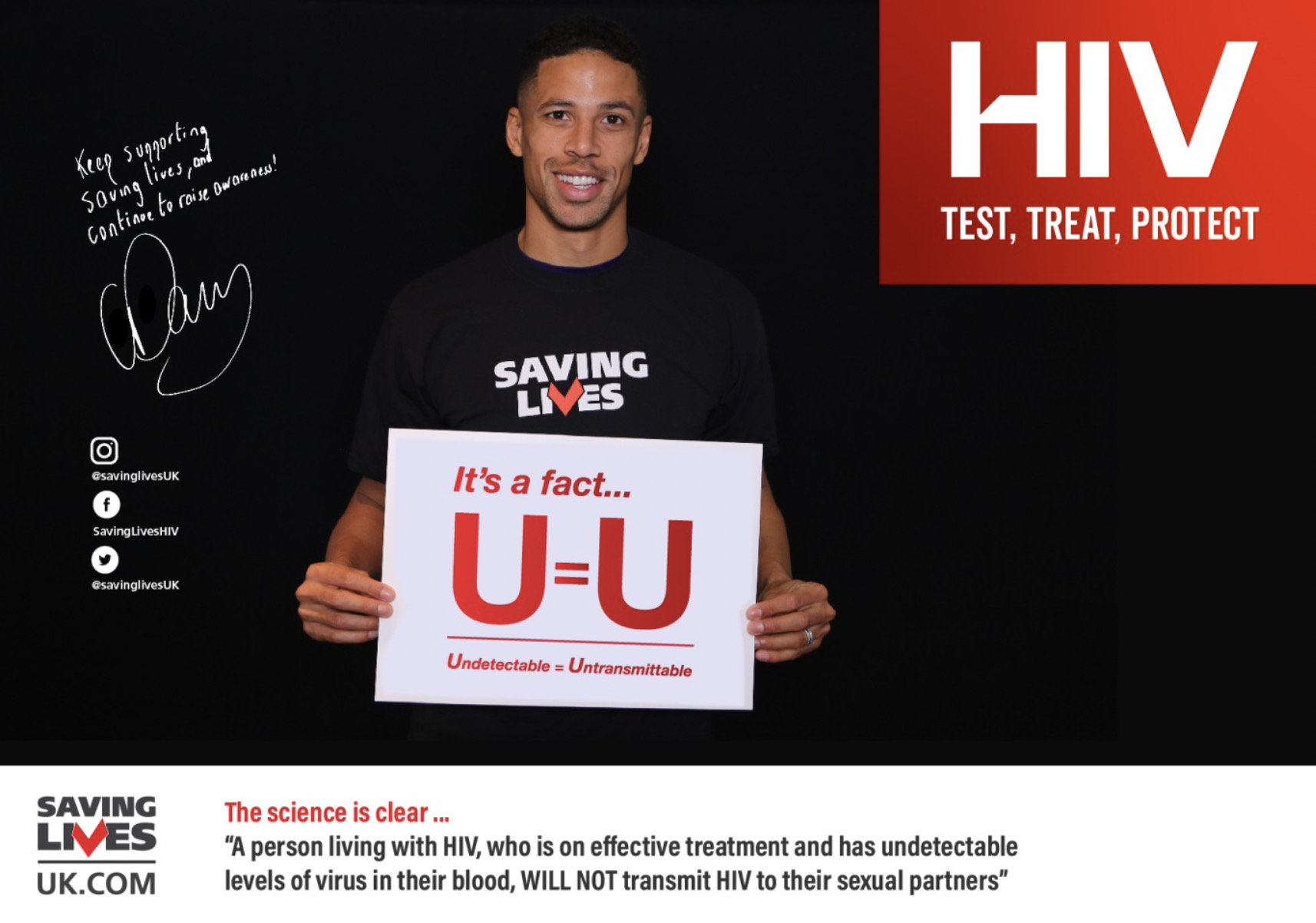 This week, November 16th – 22nd 2019, is National HIV Testing Week in the UK. Saving Lives’ message is clear: “HIV testing is quick, simple and could save your life”.

National HIV Testing Week (NHTW) aims to promote regular testing among key populations. It aims to reduce the numbers of undiagnosed people and those diagnosed late. It is held every November ahead of World AIDS Day. This year, NHTW starts on Saturday 16th November 2019 and runs until Friday November 22nd.

While new HIV diagnoses have fallen for a third consecutive year, the latest data from Public Health England (PHE) reports forty-three per cent of all diagnoses were late. This means they were diagnosed after the point at which they should have already started life-saving treatment. PHE has once again repeated its warning that people diagnosed late face a ten-fold increased risk of death in the first year.

People diagnosed late are more likely to experience an AIDS-defining illness at the time of their diagnosis: this was true of 225 people in 2018, a similar number to 2017. 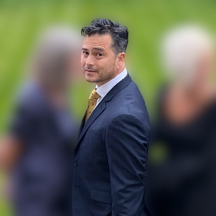 Dr Steve Taylor asks: did you know these facts about HIV?

Why is HIV Testing so important? 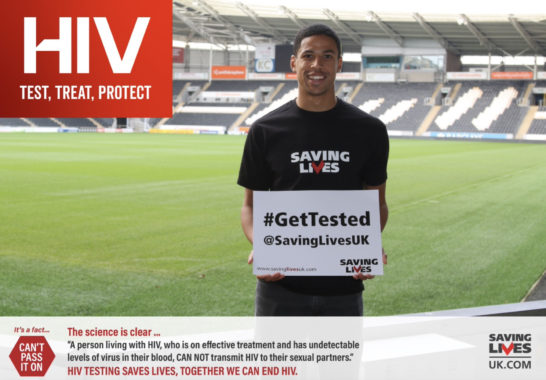 Curtis said: “It’s really important that people get themselves tested, times have changed.  Getting tested for HIV is the smart thing to do. How many people know that if you’re on effective HIV treatment it’s now a fact that you can’t pass HIV on to your partner?

“Most people don’t realise that it’s the people who don’t test and don’t know they have HIV who pass HIV to their partners. It’s not the people who are positive and on treatment.

Dr Steve Taylor, HIV Specialist at Birmingham Heartlands Hospital and Clinical Director of Saving Lives, points out the dangers of not testing:

“Just last month I saw a fifty-year-old woman from Tamworth who had only had three sexual partners in her lifetime; she had presented to her GP and various hospitals over ten times in the last two years before somebody eventually thought of doing an HIV test.

“She presented really late because nobody considered her to be at risk. What is the risk? This is simply having unprotected sex with somebody who is HIV positive and is unaware of that fact.  If they don’t know; you don’t know so you’ve got to protect yourself until you’re both tested. 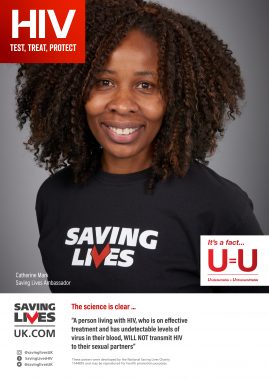 “She spent over a month in hospital, was on ITU and very nearly died. What’s tragic is that this could so easily have been avoided if she had just had an HIV test earlier in her life.  She had probably been living with HIV for over ten years by this point.  This is unfortunately all too common.

“Last year, around forty-three per cent of people diagnosed with HIV were diagnosed late. It’s even higher in Heterosexual men, Black African adults and those aged fifty and over.

“There is still so much stigma around HIV. People are afraid to ask for a test and healthcare professionals think they will offend people by recommending a test. The stigma in the Black African and Caribbean communities is even greater – and it’s even more important to encourage people from these communities to get tested.

“We have to change the story. We need to make HIV testing just another routine blood test.  We need to ensure all people having blood tests when attending A&E are also tested for HIV as a routine part of their care.

“When you start a new relationship make sure you both get tested. These days it’s simpler than ever, you can even order free home testing kits online.”

Find out where your nearest HIV testing centre is, or order a free home HIV testing kit, at www.startswithme.org.uk