It’s A Sin: A Tale of Two Viruses 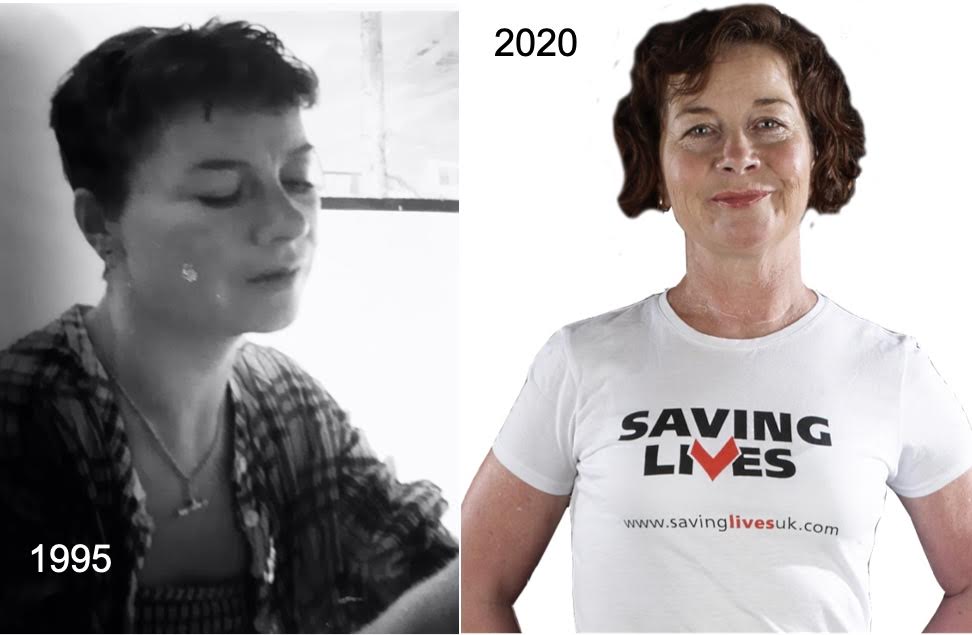 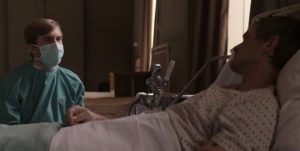 Three things have happened to me in the last two weeks which have given me real food for thought. First, as an HIV specialist consultant, I found myself redeployed to the world of the COVID-19 Intensive Care Unit; secondly, National HIV Testing Week began; and thirdly, I watched the fantastic Channel 4 drama It’s A Sin by Russell T Davies.

All of these things have made me consider the similarities and parallels between the early days of the HIV epidemic that has defined my professional life, and the pandemic we find ourselves in today, which has transformed all of our lives over the last year.

I think the thing that resonates the most is the absolute human suffering that a microscopic virus can cause. It’s A Sin’s powerful narrative really highlights the pain of a mother seeing her son die, isolated in a ward by himself as she is unable to touch him, unable to comfort him.

The same is true on the ITU wards today: dressed in full PPE, and wearing a tight-fitting mask and visor, I’ve been seeing young men and women fighting for breath, ventilated and struggling with organ failure. And the thing I’ve found most distressing is the fact that their relatives cannot be with them, due to the danger of contracting the virus themselves.

Back in the early days of the HIV/AIDS epidemic, I worked on Ward 29 of Birmingham Heartlands Hospital, where I now attend COVID-19 patients in the ITU. Back then, our wards were full of young men and women who were dying, wasting away to nothing with tubes coming out of their chest. We knew at that time that for some people their immune system was so damaged we could do little except palliate and make them comfortable. Many of them were scared and often had no time to make peace with their misinformed and estranged families before they died. So many sons, brothers, and friends had their lives cut short in the prime of their lives. 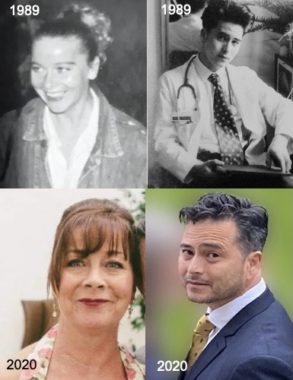 One of my patients was a young woman called Marcella. She was one of the first heterosexual patients I looked after, she recalls that in the early days she was very much treated by society like a leper. Beyond the HIV ward, many people were – wrongly, of course – terrified that they might catch “the AIDS” just by touching her or looking after her.

Marcella went to ITU, like the COVID patients I’ve been treating in recent weeks. At that time it was felt there was very little chance of her coming out. However, one of the nicest women I know proved them all wrong: she rallied and became one of the first recipients of the new drug cocktails which were hailed at the time for bringing people back from the brink.

I’m pleased to say that Marcella is still with us today – and after sepsis, pneumonia, renal failure, years of dialysis, a renal transplant, she has recently felt able to come out and say she’s HIV positive. That’s real progress – her story offers real hope.

Fast forward to last week, as I watched another forty-year-old with tubes coming out of his arms and neck having to go on dialysis while a ventilator kept his breathing going. The dedicated and exhausted staff are doing everything they can, hoping that the new treatments and unconditional support they’re giving him will bring him, too, back from the brink.

There are other parallels, as well. The fact that there is a section of society that continues oblivious, for instance: the vaccine deniers, the COVID deniers, those who think that the virus is a conspiracy and something that will never affect them. In the early days of HIV, it was even worse: not only did people think that it couldn’t affect them; they thought it affected only people who were in some way deviant or deserved to be punished for their sexuality.

It’s A Sin brilliantly portrays the denial of even those that the virus affected most, their misplaced refusal to accept a reality that their community may be faced with for a long time. Similarly, the after-effects of COVID are going to go on far after we gain control over the virus.

There’s also the sense of isolation and fear that patients diagnosed with HIV and COVID experience. Having had quite severe COVID myself during the first wave, I think one of the things that hit me hardest was the psychological impact of feeling alone and scared and not knowing what was going to happen to me. In the early days of the HIV/AIDS epidemic, too, patients on non-specialist HIV wards were, as illustrated in It’s A Sin, faced with painful loneliness and fear of what was happening to them:  why are people avoiding me? The fear of dying was then, and can be now with COVID, all too real.

Mixed with all this sorrow, pain and anguish, however, is the hope of Marcella: that things can change. The timing of It’s A Sin is in this way very apt. This week is National HIV Testing Week, something that has been dwarfed by the all-consuming coronavirus pandemic, but which nevertheless offers us the chance to make a big difference.

There are people still dying of HIV/AIDS, but not because we don’t have effective treatments. They are dying because they haven’t or won’t be tested, they won’t accept it can happen to their communities, to heterosexuals or to those who believe that God will protect them. All around the world millions of dead contest those beliefs.

What’s more, those infected but not tested can unknowingly infect others and develop life-threatening infections that could have been avoided. Getting tested allows you to take back control. If you’re negative, you can concentrate on remaining negative. If you do test positive there is now treatment, giving you a life expectancy the same as that of the general population.

Not only that, but we also now know that U=U – that the Undetectable viral loads achieved by today’s medicines result in the virus becoming Untransmittable. In other words, people with HIV who are on treatment can be in the situation of not having to worry about passing on the virus to their partners. This is incredible progress – as miraculous in its own way as that marvel of modern science, the coronavirus vaccine.

These last few weeks remind me of the very dark days of HIV and revived my memories of all those people who were diagnosed before effective treatment was available. That same pain and misery is being suffered by some families today, and I see it each day on the ITU. It’s easy to throw up your hands in despair; but there are things we can do. 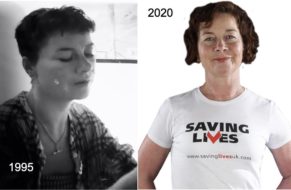 If someone tells you they’re HIV-positive, ask about it, learn about it – and get yourself tested. And when it comes to COVID: please wear a mask, stay socially distanced, and get yourself vaccinated. We owe it to each other – and to those who came before us.

In fact, while we’re all spending more time at home, why not get yourself tested for HIV? The Saving Lives charity, www.savinglivesuk.com as well as other organisations, are offering free postal testing kits to mark National HIV Testing Week. Visit www.freetesting.hiv for yours.