Hit enter to search or ESC to close
HeadlinesInternational 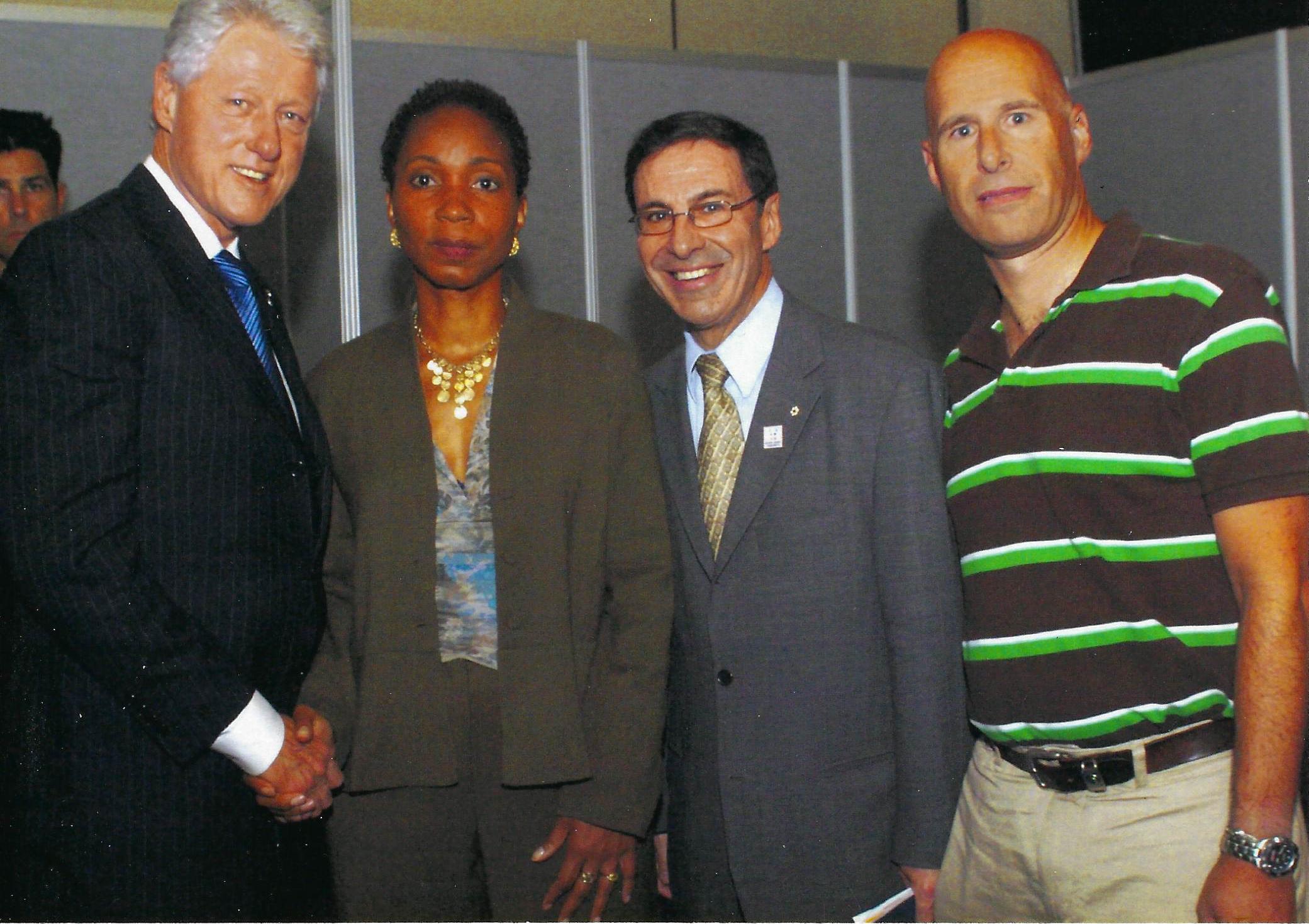 Gary Rubin, our Canadian Saving Lives Advisor, was a close colleague of Professor Wainberg, the renowned HIV researcher who passed away a little earlier this year. In this post, Gary remembers Mark – both professionally and personally.

Mark Wainberg was born in Montreal and studied science as an  undergraduate at McGill University, and then did doctoral work in microbiology at Columbia University, New York. He then went to Hebrew University in Israel for a postdoctoral research fellowship.  In 1974 he returned to his native Montreal, where he took up research  appointments at the University of Montreal and McGill University. He was appointed associate professor in Department of Microbiology and Immunology (1979) and associate professor at McGill Cancer Centre  (1980).

Following a sabbatical during which he worked in the laboratory of Dr. Robert C. Gallo at the National Cancer Institute in Bethesda Md., Mark returned to Montreal  where he was funded as a research associate by Fonds  de la Recherche en Santé du Québec. In 1984 he was named head of the Laboratory for Research on AIDS at Sir Mortimer B. Davis-Jewish General Hospital. In the late 1980s McGill appointed him Professor in the Departments of Medicine, Microbiology and Immunology,  and Pediatrics. Since 1990 he was professor and director of the McGill AIDS Centre, and he also served as director of research at the Lady Davis Institute for Medical Research, Sir Mortimer B. Davis-Jewish  General Hospital from 2000 until 2009.

Promising advances in AIDS research made possible by his research team’s work were acknowledged in 1990  by the federal government’s National Health Research Development Program,  when he won the  National Scientist Award for AIDS Research. His team’s research also won critical  acclaim. In 1993 the Canadian HIV Trials Network presented him with its award of distinction, and in 1996 he was a co-winner, along with investigators from BioChem  Pharma  and Glaxo-Wellcome, of the Prix Galien award for pharmaceutical research.

Mark and his research team were credited with the first identification of 3TC as an anti-viral drug in the late 1980s. He has also contributed significantly to our knowledge about HIV drug resistance and HIV replication. In addition to pursuing these lines of research and drug development, his laboratory has also been involved in novel concepts in vaccine development and prevention of HIV infection in developing countries.

A long-time member of the International AIDS Society, he served as president (1998-2000) and was responsible for the organization of the XIII International Congress on  AIDS held in South Africa in 2000. He also co-chaired the Global Strategies Conference for prevention of mother-infant HIV transmission held in Montreal (1999) and the Microbicides 2000 conference for prevention of HIV infection held in Washington (2000). He co-chaired the XVI International Conference on AIDS held in Toronto (2006).

The author of hundreds of scientific articles and reviews,  in 2007 Mark made the Institute of Scientific Information’s list of the world’s most cited authors in the field of microbiology. He has over 340 scientific and medical abstracts/citations, 239 full text journal articles, and 7 book chapters.

Mark has been honored at all levels, from the grassroots, by people affected by HIV/AIDS, to the elite organizations that acknowledge only the top scientists in the world. Citations include Public Health Hero by the Pan American Health Organization (2002) and Hero of HIV Research by the Fondation Farha (2005). He was presented with the Pride Toronto Award (2007) and has received awards in China, India and Argentina.

Selected awards include: fellowship in the Royal Society of Canada (2000); investiture in the Order of  Canada (2001) and l’Ordre National du Québec (2005); a second Prix Galien for research (2003); fellowship in the  Canadian Academy of Health Sciences (2008); and induction as a Chevalier in France’s Legion of Honour (2008). He is a lifetime honorary member of the International AIDS Society. The Canadian Society for Clinical                 Investigation presented him with its Distinguished  Scientist Award (2003) and he has received the Sanofi-Pasteur Award for Excellence in Scientific Leadership and Accomplishment (2006). Dr. Wainberg is also an honorary fellow of the Royal College of Physicians and Surgeons of Canada (2003). And is the 26th recipient of the CMA Medal of Honour, the highest award bestowed upon a person who is not a member of the medical profession. In 2012  he received the $100,000 Killam Prize in Health Sciences.

An observant Jew, Mark Wainberg  was not only motivated by science, but by his passion and commitment to help those infected and affected by HIV. He was known not only as one of the first researchers in Canada to work directly on HIV in the early 1980’s but also for his activism globally, where he was passionate about HIV prevention strategies and the delivery of treatment options to developing  countries, especially those in Africa. It is because he was not afraid to speak his mind that Millions of lives have been saved

At home and abroad, Mark was a tireless advocate for more government funding especially for universal access to prevention and treatment. He made headlines by criticizing then Canadian  Prime Minister Stephen Harper for not giving HIV funding sufficient priority by telling the Prime Minister that he “would wake up on the wrong side of history.”

A colleague said: “Mark had an inestimable impact on the lives of millions of people through his  transformative research and advocacy, his  deep caring, his progressive social conscience and his  scientific brilliance.”

No tribute to Mark could be complete without talking about his other lesser known achievements.  Mark was Air Canada’s highest frequent flier, at over 3,000,000 miles. Travelling with Mark was always an experience. You would never get bumped from a flight, but you would always be the last to board because Mark always knew which Airport Lounge had the best Scotch, and many times the lounges were in other terminals.

In Budapest he tried to crash the Canadian Ambassadors reception because he was a member of the Order of Canada. It  did not go as planned.   In Paris he reminded us that as a Chevalier he was able to ride his horse down the street with his sabre unsheathed.

Mark was so much more than most people recognized.  As a pioneer in AIDS research, an outspoken advocate, a mentor, a friend and a true gentleman, Mark Wainberg left our world a far better place than even he would ever imagined he would.