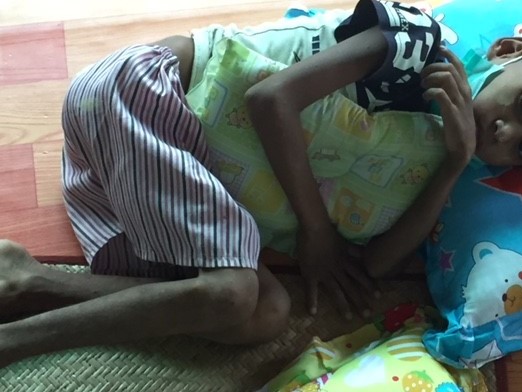 Unbelievably as I start this blog with my traditional double espresso, the rain appears to be having an away-day, the sun is out, and the humidity is a sweltering 98%. But, my reliable BBC weather app tells me it’s due to restart any moment soon and not to be misled into discarding the reinforced umbrella as the worst is yet to come. Depressingly, heavy rain is predicted for every day till the end of August. So, for the lucky part-timing volunteer like myself, if you’re thinking of a month to visit the family and friends back home, then either July and August tick this box perfectly (and if you’re sneaky, both). To add to the gloomy feel pervading the Europeans’ spirits, it is the knowledge that the heatwave continues in our respective motherlands and where in my home-town Manchester, a hose-pipe ban is to be enforced; a concept that is incredulous to the Burmese and indeed all of us out here right now. Anyway, on with something a smidgen more relevant. As you’re all aware, old people tend to be allowed to get away with recounting their favourite anecdotes without the indignity of the assembled audience stealing their thunder with the denouement because they’ve heard it umpteen times before, so I ask for your continued tolerance and forgiveness if I go over familiar ground again in this blog. Moreover, this applies to a few picture-themes which you may have seen previously as the easy option for the blog-writer is to decrease the word count and increase the picture one if running a little behind schedule, which I most definitely am.

So, opening with the clinical tit-bits as is my wont, the day-wards have had their smattering of super-sickies with acute illnesses requiring immediate hospital admission (croupy blue child; blood-losing pale grown-up); the obvious-sickies who skinnily walk in laid low by TB often underwritten by HIV infection which leads to a marriage made in hell (Pictures 1-3, below); and a shed-load of non-sickies with lesser complaints and all the ins-and-outs of family illnesses and problems that GP’s back home are familiar with, albeit with a Burmese slant of a bit of scabies and malnutrition thrown in (Pictures 4-5, below). 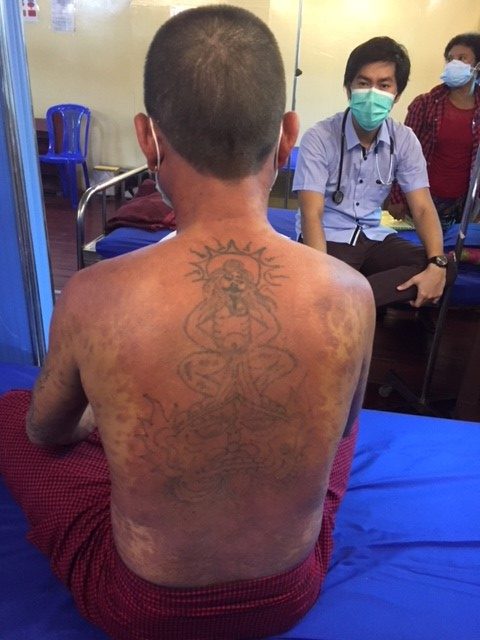 Today’s diagnostic challenge was a chap with a seriously nasty looking rash with all the hallmarks of a drug allergy and with hospital admission written all over it (picture, right). The fact that he had resistant TB and advanced HIV and therefore was on a pharmacopeia of drugs started at varying times was reason enough to regard the task of identifying the culpable agent near nigh impossible and therefore the worrying but necessary prospect of having to stop the whole lot raised its ugly head; not a good move given what was being treated. This was compounded by the fact that, as I don’t speak a word of medical Burmese, the exact sequence of linking drug commencement to rash story was going to be a thorny challenge. Hence, I had to rely on someone to interpret for me, and with this man as is invariably the case, one of the medics stepped in. And between the two of us we did sort it out. In fact, you can now add to this the tangible benefits of the medical selfie, as the process of deducing the cause of his rash was made significantly easier through a Smart-phone picture made by him the month previously which showed that the rash was not a recent development and in fact was improving. Hence his life-saving drugs were continued, which for multiresistant TB is vital. And, through a rather tortuous connection, this brings me on to why I chose medicine instead of another specialty. The maxim I’d learnt as a medical student and always attempted to inculcate into further generations of medics is that the answer to the cause of an illness can usually be found in a good history – and this man exemplifies that teaching. But, of course there were many other reasons to opt for medicine but I’m sure you docs reading this have already made that fundamental choice of which path to follow long ago, and the rest of you are probably not the slightest bit interested.

If you are a regular reader of this highly individualised view of working for a charity in Myanmar, you will already have fathomed out what I exactly do. But for others picking this particularly blog out, I’ll quickly recap. Importantly, you don’t have to dust down your glad-rags for a there are no formal interviews to smarten-up for, maybe just stay sober for a telephone chat. First equal are the steadfast determination to dedicate a slither of your life-time to helping others in need, a social conscience, and the adventurous spirit to do that where the requirement is greatest. Second, it depends on what your skillset is. Easy for me as I have 40 years as a doctor under my belt, 30 of which have been in Infectious Diseases and most of these in HIV, which as your all aware is a nasty and increasing problem out here where expert knowledge is a precious commodity. But my Dutch flatmate’s background is as a successful businessman and the newest lodger did classics at University and is now starting a new career in the charity field. So, it doesn’t matter a great amount. Then, you get on a plane, after of course organising everything through the charity. 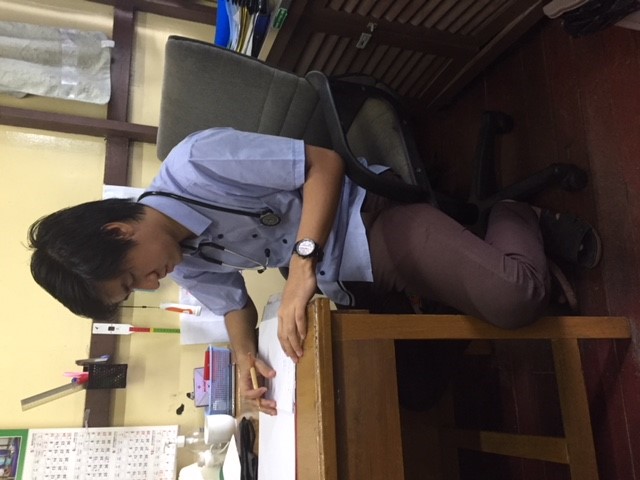 You will probably rotate around the various clinics (the picture on the right shows one) in Yangon during the week but always spend some time docked in the mothership affectionately known as the Office, where you can interact with the other team members, attend or organise meetings, get high-speed Wi-Fi, speak with the senior local medical staff, and write policies etc.

Bottom line, you will make some life-time friends and never forget the experience. And you will have a wonderful time as a young volunteer. I did in my late twenties and I will do again when I finish here in my mid-sixties.