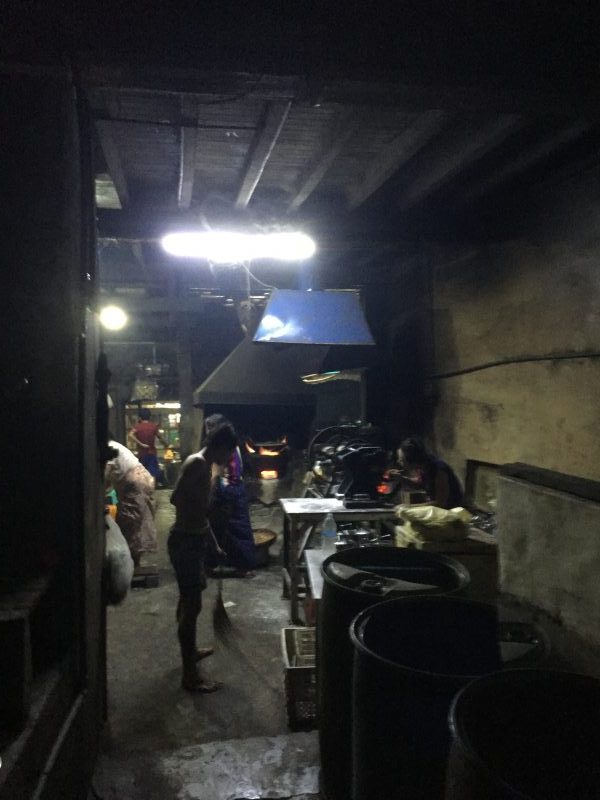 The breathtakingly tropical storms with accompanying health warnings of last week have been replaced with the tropical super-humid conditions typical of June with the cold shower in the flat working overtime. My children who have forever challenged my love of showers would be deeply proud of the speed with which I’m getting through shower-gel. However, it does mean the wards are full again which of course is the reason for all of us being here. Since we’re talking around the subject of hygiene, the under-rated toilet roll which has never been a topic you would associate with a blog, deserves its day in the limelight, probably its only one. The first interesting difference from its easy reach positioning in the fancy Westernised hotels to allow you to complete the Times crossword because of your Western style diet is its completely random and untethered distribution here, reflecting 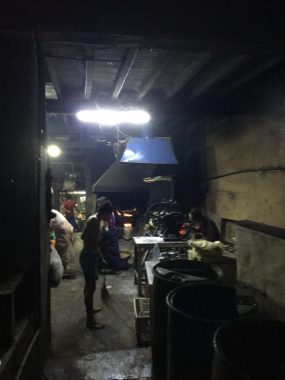 the rarity of the Western-style toilet and thereby the benefits of local food and a quick bowel transit time. Then you will be surprised that as a rule the unravelling is from the centre out and not the logical vice-versa thereby indicating the absence of that recyclable cardboard centre, an interesting difference but which brings me to a second function of this invaluable item as it doubles up as a table necessity in the local tea-houses and restaurants as a napkin stroke mouth-wipe. Housed in little appropriately shaped containers it again is unravelled centre out. Staying with the hygiene in restaurants theme, the requisite closable door between WC and kitchen together with extractor fan and sink with running water is a rule rarely applied here. However, ‘Burma belly’ is an accepted part of eating even if the following night there is a reduction in the numbers around the table. I can just imagine the Environmental health officers back home having a heyday, being on triple overtime pay, and probably within a week there would be nowhere to get tasty food…and that sums it up really, to get authentic cuisine you need to eat as the locals eat (right).

Now, every volunteer arrives with a noble heart housing altruistic desire and brimming with Hippocratic principles – and many UK doctors find, despite their wish to, they cannot practice this in the UK because their oft childhood dream is turned into a nightmare. Why? Because on arrival to do their A&E shift, they are faced with the stress of 4-hour breaches, bed pressures, low staff morale, lack of support, phone-calls from the bed managers, scores of sick patients, angry relatives because their loved one has been waiting an interminable time to be seen, and to boot, an urgent e-mail telling you that you must do your mandatory training by yesterday. So, the physical and emotional toll is enormous and, sometimes, the voluntary health sector may be the beneficiary as young doctors look elsewhere to put the reasons they went into medicine into practice.

But even here, we all suffer time-to-time from the occasional crises where we wonder whether we are really doing any good. I am no different and sometimes I wonder if I should return to the UK life and be a respected retired community citizen and as tradition exists, enjoy my children’s assessment of the speed of my inevitable descent into dementia. Interestingly, they have decided amongst themselves who will look after me in old age: and this will be a salaried position with the direct debits being paid in by the other three. But that welcoming indicator of a child being in for the long-haul and valuing their inheritance, is a spur to make the most of these remaining years before cerebral involution accelerates. But, getting back to 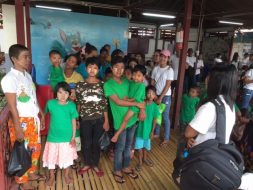 the subject of being attached as a volunteer to an NGO, the longer I’m here, the more I understand that every volunteer contributes more than they will ever know.  I’ve witnessed them come and go and whatever their skill-set, you invariably see a minor seedling of an idea take root and become established in the system and care for the patient improves.  It’s a reminder to all of us, that just coming here to ‘do good’ and by so, feeling expunged of a life time of being ‘not so good’, is not enough. You also need to be aware of the volunteer’s mantra, that we well-meaning souls come and go but for sustainability, there must be transferral of ownership of anything we introduce to the local teams. And as pictures speak a thousand words and also act as an uplifting antidote when you are having self-doubt, here are the those children vertically infected with HIV going off on a day-trip for their annual treat (left).

Now, we’re all fascinated by unexplained mysteries and when you append the word ‘triangle’ into the mix then, like a hobnob, it’s almost impossible to stop at one. So in between looking for hints on Google to assist completion of the Times crossword (otherwise known as cheating), in addition to the infamous Bermuda triangle, I also found they existed in Alaska, Nevada, and Bennington to name but a few. Why on earth am I writing about this? Well Myanmar also boasts a Triangle, the ‘Golden’, where true to tradition, if you wander off track backpacking into the setting sun you may never 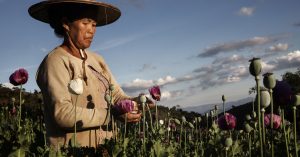 return but for a different and more predictable reason: you’ve strayed off into the poppy-growing area (right). In Shan and in neighboring Kachin State, poppies thrive not just on cooler weather and higher altitudes, but on poverty and conflict (and by golly, Myanmar specialises in this). For more than a century, rural communities living in remote mountainous areas have cultivated and used opium, offering it to visitors and at weddings and funerals, as well as being the essential ingredient for treating diarrhoea, fever, pain, and many other symptoms in man and animal. Things are different now as for some small farmers, this is the only way they can support their families being far more profitable than rice.

All this preamble is a long-winded way to highlight the problems Myanmar has with injection drug abuse and the diseases that are married to it. Take the North as an example, in two of the major cities, roughly one in 30 adult males inject drugs with around 40% being HIV infected and over 70% HCV infected; only around 5% have access to methadone. Yangon figures are only slightly better but still only a quarter have access to methadone. The combination of the two is particularly pernicious with more aggressive liver fibrosis from the hepatitis C disease. The country’s current approach to addressing drug-related problems focuses on repression, mainly by arresting and incarcerating drug users. What happens? Prisons are overcrowded with drug users sentenced to excessively long jail terms, minimal appropriate health care is available, needles and syringes are reused, families are stigmatised, and the practice continues and indeed is increasing. And it is not only restricted to heroin use, methamphetamine use has also increased mainly in cities but also now in rural areas. Called Yama or Ah-thee, the drug is usually smoked through a water pipe. MAM the charity I work for serves many of these communities and the problems ahead are an enormous challenge.

On a much lighter note, some different statistics. In the Myanmore magazine, a survey describing the coffee habits of the Yangon professionals took prominent place: 42% of those surveyed cannot get through the day without a coffee (and this is a population swimming in the tradition of tea drinking on every street), 34% have spilt coffee on their computers (not a surprise), and most astonishingly, Nescafe instant coffee came in as the second favourite brand: can’t see that catching on in Costa. So again, time to bring this to a close which coincides with my second tour of wonderful Myanmar also ending. And when it comes to travelling, Green Shoots Foundation in their infinite wisdom have seen an opportunity and matched my profile to that of Saga Insurance who specifically target the older community. A suitable video of my wrinkly face sweating in the sweltering clinic has been dispatched with a request to support this aged fellow in getting to and fro Yangon by helping pay my airfares. We will see…