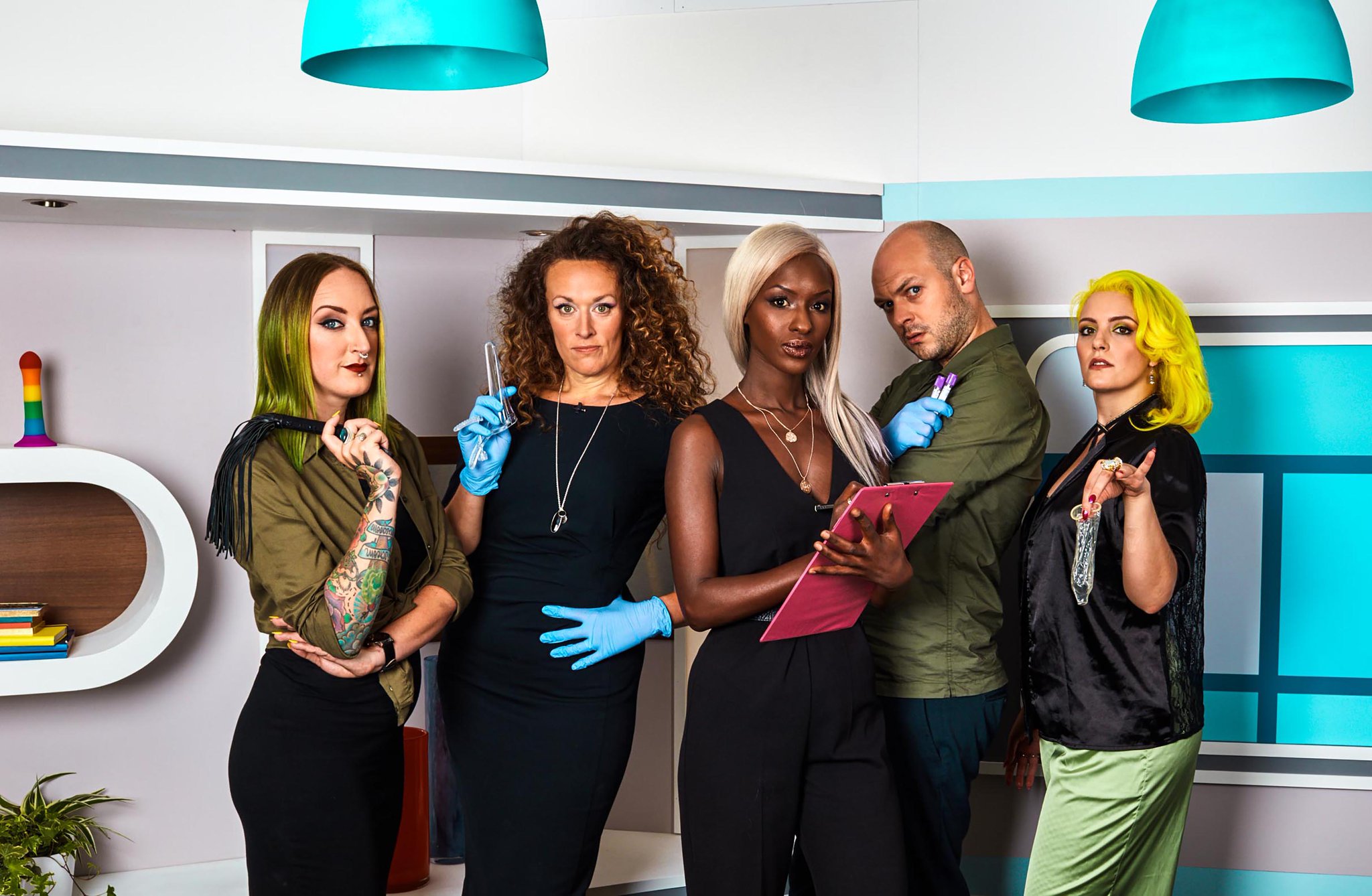 Saving Lives Ambassador, Dr Naomi Sutton, is taking the message that “testing saves lives” to the nation as the star E4’s ‘The Sex Clinic’ on Monday nights.

Dr Naomi Sutton joined Saving Lives as an ambassador back in November 2018 at the start of National HIV Testing Week. We were delighted to have such a passionate physician and educator join the team. Now Dr Naomi is taking the “testing saves lives” message to the nation in her new role on E4’s ‘The Sex Clinic’.

Naomi studied medicine at Sheffield Medical School and did her specialist training at the Royal Hallamshire Hospital and is now a Consultant Physician in Integrated Sexual Health at The Rotherham NHS Foundation Trust. As well as dealing with the day to day patients in clinic she also has experience in helping the under 16’s, trafficked women and victims of sexual assault. She also provides regular HIV care including a weekly HIV clinic. 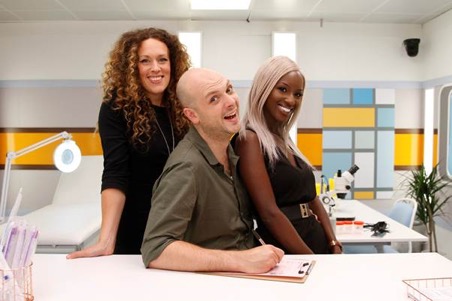 For those of you wanting to get to know Dr Naomi a little better ahead of the launch of ‘The Sex Clinic’ on E4 here’s a question and answer from the woman of the hour.

What made you want to work in the sexual health? What is your favourite part of your job?

Sexual health is a very positive field of medicine because we can treat or manage the majority of conditions we see quite easily. I spend a lot of my time reassuring patients that they will be alright, by educating them on the conditions or infections that they might have.

My favourite part of my job is my clinical duties. I really feel it is a privilege to work as a Consultant in this field of medicine. Patients often tell me things that they have never told anyone else, and gaining this trust is very special to me. I get great satisfaction if I can make someone’s visit to the clinic less stressful. I remember from my days of working as a waitress at Pizza Hut many years ago that “a smile costs nothing.” This is so true; a smile can make such a big difference to how a patient feels from the outset.

Why did you want to get involved in the show?

I think the programme will help to destigmatise sexual health issues, and promote healthier attitudes to sex, including regular testing and condom use.  The programme will demystify a lot of things, and make it easier for people to go to a sexual health clinic, and may even encourage communication between partners about their sex life.

Would you say you’re unshockable now?

Realistically there is probably not much I haven’t seen or heard in the last 12 years, but I don’t think you can ever get desensitised. However, maybe you do grow in wisdom!

What does your job basically entail? An average day?

We run clinics for HIV, general sexual health and contraception. I also do regular training sessions for non-specialist doctors, like GPs, and also for nurses and other health professionals.  In my spare time I am proud to be an Ambassador for Saving Lives! I’m thrilled to help with the charity’s aims to reduce stigma and increase testing for HIV and sexually transmitted infections (STIs,) whilst encouraging people to think about prevention – be that condoms, PrEP or U=U.

How do most people react when when they find out you work in sexual health?

Most people avoid me when they see me in the supermarket – seriously though, people perhaps don’t know quite what to say. People have been known to ask me about their own problems.  I always tell them to make an appointment at their local sexual health clinic as soon as possible, so that they can be tested, and have access to the right treatment and support.

What is the funniest thing someone has told you?

I am always amused by the unusual euphemisms patients use to describe their genitals. I learn new terms on a regular basis. My recent favourite is “Vajayjay” from one of my female patients.

What’s the most shocking thing a patient has told you?

A new patient told me this was his first visit to a sexual health clinic at the age of 45 despite having over 200 partners in the last year. He only attended because he had developed symptoms. It had apparently not ever occurred to him earlier that having regular screening could be a good idea!

What’s the most difficult case you’ve had to deal with?

I will always remember a young mother in her early thirties, with two teenage children who became very ill with pneumonia. Whilst in a intensive care she was tested for HIV and the results came back to reveal that she was HIV positive.  Sadly, it was too late to save her as her immune system was too severely damaged, and she died. We couldn’t save her.

Despite the medical advances in  treatment and medication, these cases still happen.  If her HIV diagnosis been made earlier we could have treated her; with early treatment HIV positive patients live as long as everyone else. This is why routine testing for HIV and STIs is so important, and is why I do my utmost to get people to understand this. Testing literally does save lives.

What are the busiest times of year in clinic and why?

We are always busy. Sex is a year round activity.

Have you noticed changes in recent years of what you have seen?

The last time I saw a case of pubic lice (also known as ‘crabs’) was more than 10 years ago. Their natural habitat has been destroyed by deforestation so as to speak… it is now fashionable to remove or trim your pubic hair.

What age ranges of patients do you care for?

We see people from the age of 13 upwards – and the oldest patient I have seen in clinic was a 91 years old man who still had a very healthy sex drive!

What frustrates you the most about working sexual health?

I feel frustrated by the stigma which still surrounds sexual health.  Although the vast majority of adults have sex they often still find it difficult to talk about sexual health issues, and often feel embarrassed or ashamed about coming into a sexual health clinic. They use words like “dirty” or “clean” when talking about a current or former partner. Sexually transmitted infections are not a matter of personal hygiene and can affect anyone. I hope by taking part in the programme I can help to destigmatise visits to clinic, as well as HIV and STI testing.

What’s the hot topic with your HIV patients?

When I see my HIV patients, usually once every six months, the single most important piece of information I can now give them is to reassure them that if they take their HIV medication they absolutely cannot pass on the virus to sexual partners.

The fact that a person on effective HIV treatment unequivocally cannot give HIV to another person is now endorsed globally, via the campaign ‘Undetectable equals Untransmissible’ or U=U.  This has been backed by more than 800 organisations in nearly 100 countries, including the British HIV Association, the US Centre for Disease control (CDC) and the International Aids Society (IAS).

Knowing this has made a huge difference to my patients, many of whom have been living with the constant worry about potentially giving HIV to someone else but now do not have to. If more people in the general population knew this perhaps the stigma about HIV would disappear.

You can watch Dr Naomi Sutton and the rest of the team on ‘The Sex Clinic’ starting at 10pm on Monday 28th January 2019, and you can follow her on twitter as @DrNaomiSutton