A Cure for HIV: Really? 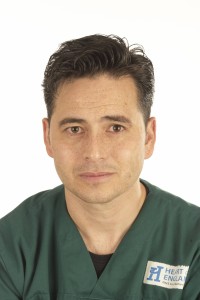 This week saw clinicians and scientists at the International AIDS Society Conference in Malaysia listen to presentations about two HIV positive patients from Boston treated for cancer who have ceased to take their HIV drugs – and yet in whose blood doctors can no longer detect any virus (a third patient involved in the study sadly died).

Is this scientifically interesting? Absolutely. Does it help us in research towards developing an HIV cure? Yes. But is it particularly useful for patients currently infected with HIV? Not at all.

Whenever headlines such as ‘Cure for HIV’ appear in the press, they have a few unintended secondary effects: first, the general populace takes them as a sign that HIV is over, and that there is no longer a problem, despite the fact that charities such as ours know very well that there is much work to be done on fighting for fair access to drugs, and against stigma and prejudice, across the globe; secondly, it compounds the somewhat erroneous attitudes of some individuals that I talk to who aren’t scared of catching HIV because treatments are available.

Although for those diagnosed early HIV is now a manageable condition, with treatments which can provide a near normal life expectancy, HIV remains a life threatening infection to many. Those diagnosed very late can have a horrendous time, with near-death experiences common; there can also be significant side-effects from the drugs for a proportion of people who must take them, and failure to take them consistently can lead to the rapid emergence of drug resistance.

So what do we mean by ‘cure’? Importantly, none of the doctors presenting this case have claimed to have found one. It’s very early days for any such claim to be made. We already know that we are capable of forcing the virus down to undetectable levels through the use of three or more highly effective antiretroviral drugs. This means we can keep the virus under control, stop it replicating and therefore prevent damage to the person’s immune system. Hypothetically then, a person who takes their drugs religiously every day can keep their virus in check indefinitely.

However, if a patient were to stop their antiretroviral therapy (PLEASE, DO NOT DO THIS!), the virus rebounds to very high levels – with hundreds of thousands of viruses detected in the blood – usually within two weeks. This is because HIV is able to persist or “hide” the body’s long lived lymphocytes, even in the presence of drugs. Current cure research is therefore looking into how we might purge the body of these cells which harbour dormant virus.

If we now examine the specific cases in question, we should look for the similarities we can draw between them and the patient known as Timothy Ray-Brown, a man referred to as the ‘Berlin patient’, whose case has been depicted as representing the first potential ‘cure’. Firstly, all of them had cancer. Ray-Brown had very aggressive leukaemia, whilst the three Boston patients all had a blood cancer known as lymphoma.

Ray-Brown underwent chemotherapy and whole body radiotherapy to wipe out all of the cells in his bone marrow (where new blood cells are made), before then receiving a transplant – a procedure with a mortality of around forty per cent.

Uniquely, Mr. Brown’s new marrow came from a donor who was a close genetic match and also had a rare mutation that makes a person virtually resistant to infection with HIV.

The mutation, known as delta 32, creates a type of CD4 cell — the white blood cells that the virus attacks — which lacks a CCR5 surface receptor, one of the “doors” that the virus uses to enter the cell. The donors for the Boston patients did not have the delta 32 mutation.

The treatment for the Boston patient’s Lymphomas was slightly different. The Boston patients’ bone marrow was only partially destroyed by drugs before they were given new marrow from matching donors — a process that also carries a fifteen to twenty percent risk of death.

Unlike Mr. Brown, the Boston patients stayed on antiretroviral therapy throughout the transplant process and for years afterward. The idea was to protect the new donor cells from becoming infected by the virus.

During that time, doctors observed the phenomenon known as “graft-versus-host disease”, where the new, transplanted cells attack their old, chemotherapy-weakened counterparts. This essentially clears the old cells from the body, a process which usually takes about eight to ten months.

The two Boston patients had their transplants between two and five years ago. They had months of tests on their blood and tissues to make sure no HIV or antibodies to it were found before doctors then began a trial of stopping the patoents’ antiretroviral treatment.

Importantly, the patients are only a few weeks into this cessation of drug treatment, and so it is far to early to know whether the virus is not still hiding away in a yet undetected body reservoir

So perhaps their cases should be described as a kind of “remission” from active HIV replication, rather than a cure. Either way, however, what a price these patients have paid to achieve an undetectable viral load – to have cancer, to take chemotherapy and lifelong immune-suppressants, and to experience that high mortality rate.

Conversely, if we simply improve our HIV testing strategies and detect HIV earlier, we can keep patients healthy and undetectable for decades. One in four of those in the UK who are living with HIV are not aware they are infected – we can make their lives better if we simply improve access to testing.

So this isn’t a cure for HIV so much as a fascinating scientific case study. The Boston patients point the way to further research – not to an HIV-free future for the thirty-three million people in the world who deserve and demand our attention, care and awareness-raising work. Education, diagnosis and treatment are still the best ways to combat HIV that we have.