Hit enter to search or ESC to close
FootballHeadlines 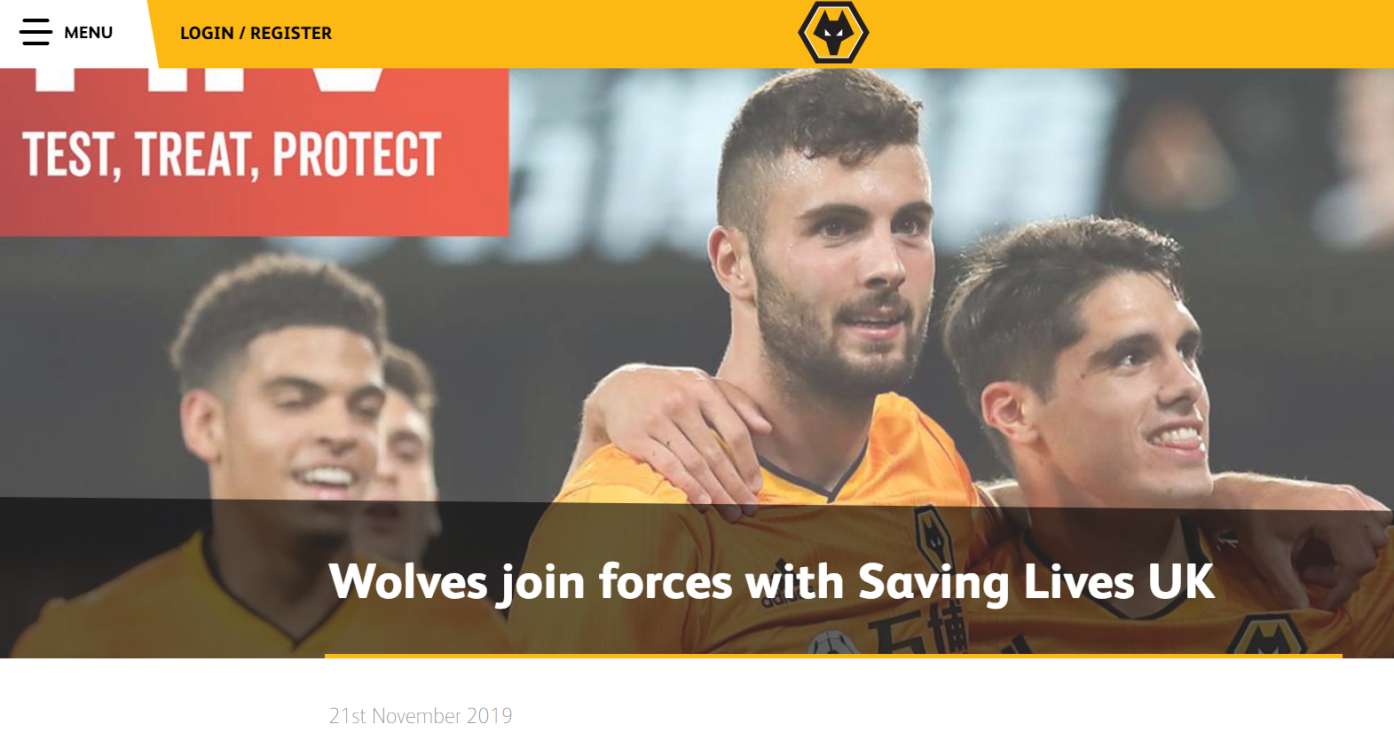 Our aim is to get to Zero New infections by 2030

However, in order to do this, we need to stamp out:

Zero New infections by 2030 can also only happen if:

We TEST MORE and TEST SMARTER.

Saving Lives has been working with football clubs across the country during National HIV Testing Week, and in the run-up to World AIDS Day on 2019. Our message is simple: HIV testing saves lives … and stops transmission.

Football clubs are incredibly important partners in our battle against HIV. Here’s how some have been helping us:

Today, people living with HIV can live a normal life expectancy if they are receiving treatment. Not only that, but people on treatment whose virus count is low cannot pass on HIV to their sexual partners. This makes getting diagnosed even more important than ever.

More than 100,000 people in the UK are living with HIV. Nearly 4500 of those were diagnosed in 2018 alone – and half of them were diagnosed late. Late diagnosis increases the risk of ill-health, early death and onward transmission of HIV.

So why is late diagnosis so prevalent?

It’s because people aren’t getting tested. There are all sorts of reasons for this, but many boil down to one word: stigma.

There are many myths about HIV that have long since been debunked but remain doggedly persistent:

All of these are completely untrue, and always have been. But busting myths is hard work – and doctors, charities and healthworkers can’t do it alone.

That’s where football clubs come in: by helping us getting the message to people who aren’t necessarily engaging with care, or don’t even believe that HIV messages are for people like them. 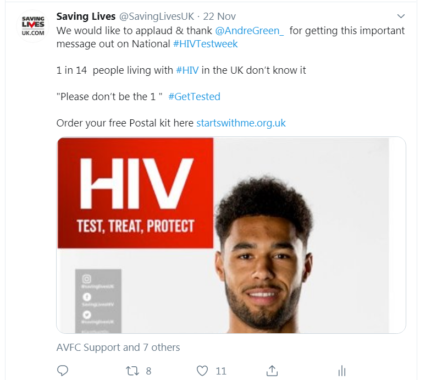 From Swansea to Queens Park Rangers, Crystal Palace to Wolverhampton Wanderers, clubs nationwide have united to help us talk about HIV beyond the clinic. Sunderland and Stoke City, Derby County and Brighton and Hove Albion, Bolton Wanderers and Hull City have all lent their support, too.

Men and black Africans and Caribbeans are disproportionately affected by late diagnosis of HIV; the stadium is a place we can speak to them in ways they will listen. Individual players, like Lianne Sanderson and Andre Green, have joined the effort, too.

This work makes a real difference. When Saving Lives first started working with football clubs in 2011, a third of those with HIV in the UK were unaware that they were infected with HIV. Today, that figure is one in fourteen.

Working alongside organisations at the heart of their communities, as football clubs truly are, enables charities like Saving Lives to increase our reach hugely. At important times of the year like National HIV Testing Week, this support becomes even more critical.

Today, HIV can be successfully and effectively treated with just one pill a day. But first, people have to get tested.

Thank you to every football club that has worked with us this year to let their supporters know that one simple blood test can save their life – and their sexual partners’. This commitment to the health of their communities really does make a positive difference.