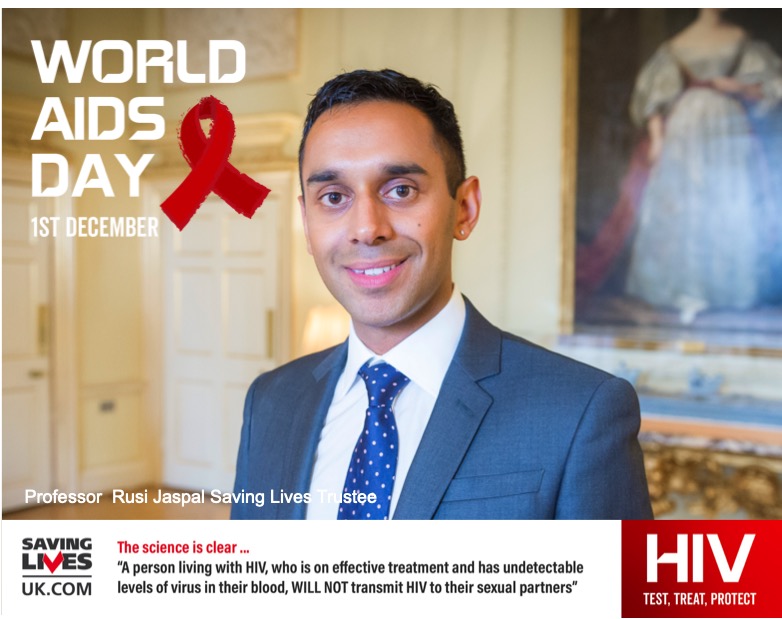 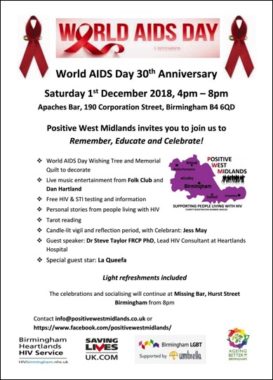 Over thirty years has passed since the first HIV diagnosis in the UK, and in that thirty years we’ve made some incredible progress towards ending HIV and improving life for those living with the virus – but there’s still much more to be done.

There are still around 10,000 people who are living with HIV but don’t realise it. People are still testing too late, 42% of people diagnosed last year were diagnosed after the point they should have started treatment. And despite the medical advances people living with HIV still experience high levels of stigma.

Join Saving Lives, along with Birmingham Heartlands HIV Service, Birmingham LGBT and Umbrella this Saturday 1st December 2018 for a World AIDS Day event. Admission is free and the event is open to anyone. Please see the poster on the right for more details. 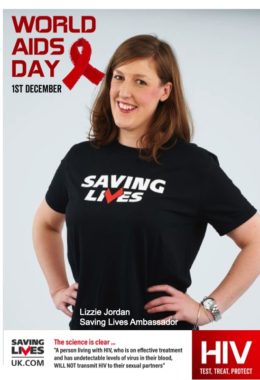 Did you know that if you’re diagnosed with HIV in the UK today you can expect to live just as long as any of your friends and family? Click here to find out more.

Did you know that a person living with HIV on effective treatment, who has an undetectable viral load, cannot pass HIV on to their sexual partners. This is known as undetectable = untransmittable, or U=U. Click here to find out more.

All this means that people living with HIV can live long full lives, love whoever they want, start a family, and work in any career. But this can only happen if you know your HIV status. 1 in 8 people who have HIV in the UK don’t realise they’re infected.

Life Expectancy of someone living with HIV 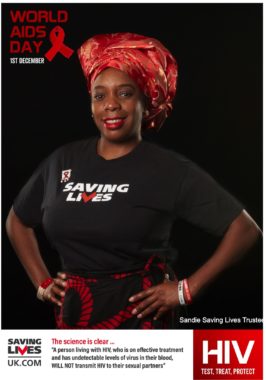 In 2014 a study followed 20,000 people living with HIV, who were taking HIV treatment here in the UK.

The study showed that the people who responded well to treatment actually could expect a life expectancy that was the same, if not better, than the general population.

A 50-year-old man with the same results after one year of treatment was predicted to live to the age of 83. In the general population at this time, men in these age groups were expected to live to 77 and 78 years.

A 35-year-old woman and a 50-year-old woman with the same results could expect to live to 83 and 85 years. This compares to 82 and 83 years in the general population.

This means that people who are diagnosed early can expect to live more or less the same as any of their friends and family. But this can only happen if you know your HIV status.

Treatment has never been simpler or more effective 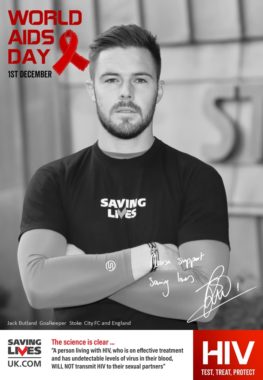 Back in the early nineties HIV treatment was a hugely complicated affair. People were required to take dozens and dozens of pills, several times a day, and these came with terrible side effects. But thanks to the bravery and pioneering efforts of that first generation of people living with HIV things today are very different – we owe them a huge debt of gratitude.

Most people, once diagnosed, will be put onto modern combination therapy. Instead of dozens of pills these days most people are on just one or two pills, once a day.

With around 30 different treatment options there’s something to suit everyone’s unique health needs. These newer treatments have far fewer side effects too, with most people having no side effects at all.

The science is now clear, a person living with HIV, who is on effective treatment and has undetectable levels of virus in their blood, cannot transmit HIV to their sexual partners!  This is known as undetectable = untransmittable, or U=U/#UequalsU

In 2016 we saw data from the PARTNER study. The study followed 888 sero-different couples, where one partner was HIV positive and had an undetectable viral load and the other partner was HIV negative. After six years and over 58,000 condomless sex acts later the study has reported ZERO linked partner-to-partner infections.

This year, at the International AIDS Society 2018 conference, we got even more evidence from the Opposites Attract study. This study followed 343 gay couples, where again one partner was undetectable and the other was HIV negative. The data showed once again that there were ZERO linked partner-to-partner infections. 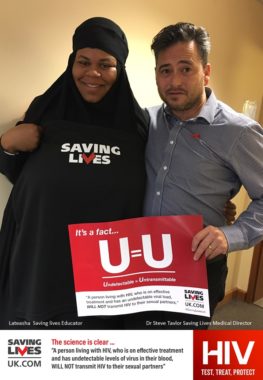 “The scientific evidence behind the U=U statement is overwhelming and people living with HIV should feel confident that if they are taking their Antiretroviral therapy (ART) consistently and have durable suppression of their viral load to undetectable levels not only will this keep them healthy, but we now know they will not transmit HIV to their sexual partners.

This is definitely one of the most important scientific and social developments in HIV prevention in the last decade.

Getting this message to patients and the general public is absolutely essential in order to really start fighting HIV related stigma and increase testing.

The more people who are tested, the more people can be on life saving treatment, and in turn will get their viral loads to undetectable levels. Each step takes us closer to ending the epidemic.”

Engage with us on social media this World AIDS Day over at @SavingLivesUK on twitter and SavingLivesHIV on facebook. #WorldAIDSDay #UequalsU