Hit enter to search or ESC to close
HeadlinesNews 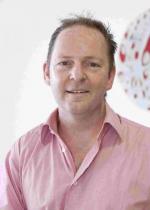 It is with great sadness that we received news today of the death of Professor Martin Fisher. Saving Live extends its deepest condolences to Martin’s partner, Adrian, as well as his family, friends and colleagues. Martin was due to give the keynote address at this year’s annual BHIVA conference, in his hometown of Brighton, and our thoughts at this time are with all who knew him.

Professor Martin Fisher was the first professor of HIV medicine at Brighton & Sussex Medical School. He was an honorary consultant physician in sexual health & HIV at BSUH. He had been instrumental in the development of the department since being in post in 1995. He was a leading UK HIV physician and researcher. and an active member of the British HIV association (BHIVA) since its inception, a former Secretary, and Chair of the Guidelines Subcommittee, co-chair of HIV testing guidelines, and a member of guideline writing groups including ART, hepatitis, opportunistic infections and PEPSE.

Our Medical Director Dr Steve Taylor said: “Hearing of Martin’s Death has stunned the UK’s HIV and Sexual Health community. He was an inspirational HIV Physician, and worked tirelessly to further HIV research, patient care and teaching. He was the ultimate champion of HIV and HIV testing – and never stopped raising awareness at every opportunity. He will be greatly missed by his many friends, patients and colleagues alike.”