Hi I’m Lizzie and I would like to share the story of HIV & Me! In a nutshell my story goes like this: during an 18 month period, I became a Mum, was widowed and then diagnosed with HIV. This was nearly 8 years ago now and here I am sharing my story with you.

In 2000, I met my child’s father, and fell head over heels in love. Originally from Ghana, B was tall, dark and handsome. Fast forward a few years and we discovered I was pregnant! We were incredibly shocked but delighted and J, our beautiful child arrived safely in February 2005.

In March 2006, B came home from work complaining of feeling ‘not right’ and for the first time ever since I’d know him he went to see our GP. He was prescribed antibiotics for a possible sinus infection. The next day, he just wasn’t himself and so we left him to rest and sleep. 24 hours however, he had started slurring his words and so I called NHS Direct, who sent for an ambulance.

The paramedics arrived and B was unable to communicate with them verbally and, to them as strangers, he appeared intoxicated or even on drugs. They asked me what he had taken and how much he had drunk! As a gym mad, non smoking, teetotal guy, I knew that this behaviour was a sign of something being seriously wrong – not, as they assumed, signs of a 6ft+ black guy suffering from self inflicted excesses!

Together we travelled in the ambulance to A&E, where the doctors and nurses kept asking the same questions on repeat – what happened, do you take non prescription drugs, when did you last go to Africa? He’d not been home to Africa in years, so I felt malaria, TB etc were all out of the equation. Around midnight, they told me to go home and to come back in the morning.

Early the next morning, I was just about to set off to the hospital when the phone rang; I had to get back there as soon as possible. They thought B had had a stroke – at the age of 33! After rounds of tests and scans, the decision was made that he needed to go to another hospital that had a neurological ICU space reserved for him and MRI facilities.

Flashing blue lights transferred us to the Intensive Care Unit in Hull, where the lead neuro consultant was waiting for us on arrival. As we travelled in the ambulance, the doctor was assessing films and images from the CT scan. It was obvious to me, even with no medical training, that something was seriously wrong. I realised that if B was to pull through this, he was never going to be the same again.

After 48 hours in ICU, the consultant took me to the side room and explained that although they had hoped to operate to determine what was happening within B’s brain, it was now catastrophic. His vital signs indicated that they wouldn’t be able to determine what had happened until post mortem. Four hours later, he peacefully passed away and I said goodbye to him for the final time. That was 29 March 2006.

The next few months were a blur; contacting his estranged family, funeral proceedings and dealing with solicitors over the issues that happen when a partner dies intestate (without a will).

About five months later, a letter arrived from the GP asking me to make an appointment as he had received a copy of the post mortem report from the coroner. I expected to be grossed out by the size and details of a tumour or growth and I made the appointment without that much consideration.

Our GP went through the report eventually summarising that the cause of death was an infection, Toxoplasmosis. He went on to explain that this was an infection usually only seen in patients with compromised immune systems; for example in those on chemotherapy. As B wasn’t receiving any such treatment, there was only one other cause. HIV. My world was once again blown apart.

I left the doctor’s surgery, clutching a form sending me for a blood test to test for HIV. I was still breastfeeding J at this point, and the GP told me I must stop immediately. The blood tests were done that day. After two very long weeks, the GP called to say he had the results and could he come to our house. I knew this could only mean one thing. He came and very calmly confirmed my diagnosis and that he had referred J to the local paediatric unit for testing and I was being referred to the local GUM clinic.

After several rounds of testing, by some miracle, J was given a clean bill of health and discharged as HIV negative! I was ecstatic and could then focus my attentions on my diagnosis; I wanted to learn everything I could about HIV.

I entered the realm of the GUM system and encountered a whole new world of acronyms, numbers and counts that I had never heard of before. The first set of results after diagnosis showed a CD4 count of 590 and a viral load of 3112 – figures which at the time meant very little to me. My VL has hovered around 3k, never spiked over 10k and my CD4 for several years sat between 6-800. Now at 7+ years since diagnosis my last counts were CD4 408 and VL of 2382. My notes at the clinic look like a copy of the encyclopedia britannica! This reminds me, I must book in my next appointment!

I am now on first name terms with the amazing team at the clinic. Each visit ends with a trip to see the ‘vampire’ to take the blood needed for testing and then off I go until the next visit in another 4 months time. I receive my blood results via email about 2 weeks after my appointment. I keep track of my CD4 counts, percentages and viral loads on a spreadsheet.

When I was diagnosed I was told, based on my counts, that it would probably be 3 to 4 years until I would need medication. As yet, here I am 7 years later still not yet on ARV medication. I can see from my own charts that it is growing nearer though. I intend to continue writing, to share my forthcoming journey onto ARVs, my experiences of disclosure and the many other facets that make up Lizzie, HIV & Me!

This article originally appeared on beyondpositive. 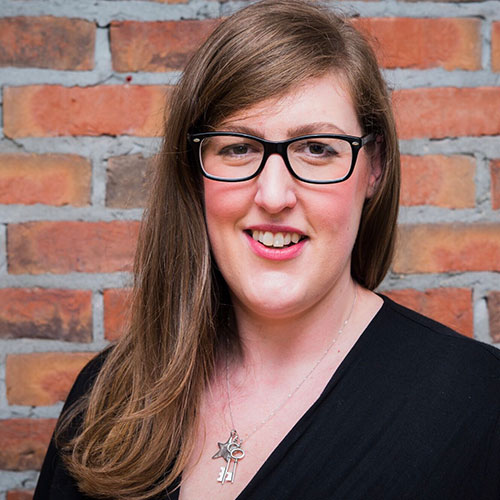