Bruce Richman, is a renowned activist and founder of the Prevention Access Campaign, the organisation behind the powerful “undetectable equals untransmittable (U=U)”  message that means when you’re living with HIV, on meds, and undetectable, it is impossible to transmit the virus to others.

“U=U is my calling. It grabbed me by the gut and yanked me forward. I’ve never felt such a compulsion and clarity. I knew that undetectable equals untransmittable, but millions of people were suffering because they were not being told and people in positions of great influence to alleviate that suffering were sitting on their hands. I had no choice.”

Bruce was diagnosed with HIV in 2003. Then, like many people when diagnosed, spiralled into a “cyclone of fear and shame”.

“I was afraid of transmitting HIV. I didn’t allow myself to love.I was depressed, suicidal at times, because I’d really internalised the stigma and felt toxic, dangerous,”

In 2012 Bruce discovered the fact that when you are on effective treatment and your viral load is undetectable, it is impossible for you to transmit the virus to others.

“That’s when I started to see the possibility of love and real intimacy in my life without fear. It was like a new world.”

After this realisation Bruce started talking to anyone, everyone, about U=U only to find out that the HIV sector was failing to communicate this life-altering message to those who needed to hear it most. People living with HIV who were undetectable were still under the assumption that they were infectious – because no-one was telling them otherwise.

“I learned that some doctors felt it was okay to talk about U=U on an individual level, but there was a great fear that if the information got out to the general public then some people with HIV would stop using condoms, which would contribute to the already rising STI rates. And some people with HIV wouldn’t understand that they’d need to take their medications as prescribed to stay undetectable. Rather than educate about STIs and how to stay undetectable, it seemed like it was generally OK to withhold life-changing information from people with HIV.”

In 2015, Bruce formed the Prevention Access Campaign (PAC) with the sole purpose of bringing the U=U message to the world. The campaign launched in 2016 and New York City was the first public health body to sign the U=U Consensus Statement. Today 967 organisations in 99 countries have signed on to the life-affirming and stigma-busting statement.

“It was truly global. When Dr. Alison Rodger [of the PARTNER studies] said from the stage, ‘The risk is zero’ and ‘The time for excuses is over,’ and acknowledged our campaign. I felt I could relax more. I felt tremendous gratitude.”

“It’s important that advocates prioritise the U=U public health argument when asking for increased funding for treatment, care, and services; not just for the wellbeing of people with HIV but also to prevent new transmissions. That prevention argument will align with many policymaker’s interest in HIV prevention. The concept is: if you want to end the epidemic, invest in the wellbeing of people with HIV. Ensuring the people with HIV have the treatment, care, and services we need not only keeps us healthy, but it’s the most effective way to stop new transmissions.” 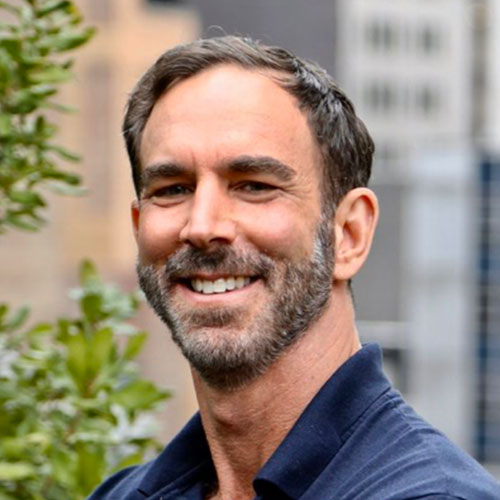