I had struggled with my mental health for years. At age 25 I tried to take my own life. Drowning out the white noise of life with chem-sex parties, drugs and alcohol wasn’t working. I was eventually diagnosed with bipolar, and later on in 2015 I also tested positive for HIV.

It doesn’t sound like the start of a great comedy routine I’ll grant you, but my life experiences have formed the basis of my stand-up shows, including ‘I’ve snapped my banjo string, let’s just talk’. Stand-up has always given me a sense of being myself, and a platform to talk about things I’m passionate about.

The point of the show was actually less about HIV than it was about mental health, and a quiet homophobia that still exists. In my experience, a lot of gay men have real self-worth problems, and relative to the national average, the percentage of gay men with drug and mental health problems is pretty big – we need to be asking, how this can still be happening? Why is it still happening?

This show, and telling my story, is in part about shouting at the world, ‘gonnae listen to us?’ –  there’s something going on here with how we’re living our lives. It needs to be noticed.

You can legislate all day and night, but unless attitudes change, it’s not enough. There has to be much more done for gay men’s health and that has to come from visibility in education.

After talking about my HIV diagnosis so publicly I was overwhelmed by the support I received for being so open about HIV. I had over a thousand messages from people on Twitter from people, all incredibly supportive. It was amazing.

I just don’t think the message is getting through to people that people don’t die any more. It’s not the gay death plague! You can live as long as everyone else.

There’s definitely a stigma that continues to surround the diagnosis, and there shouldn’t be. I’m lucky, being a loud brash character that isn’t afraid to make a statement, with an open-minded family and being in the broad, accepting industry of stand-up – but there’s always still that shock there on people’s faces. 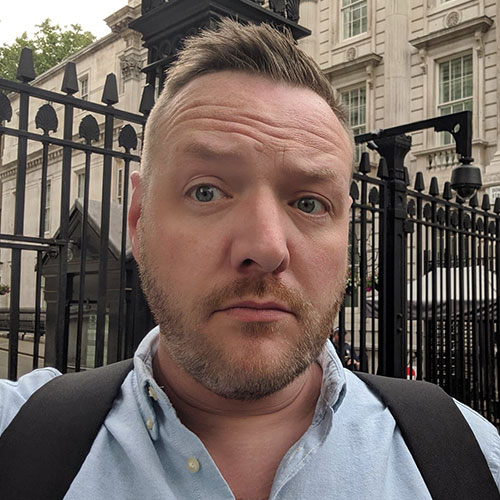