Hit enter to search or ESC to close
HeadlinesInternationalNews 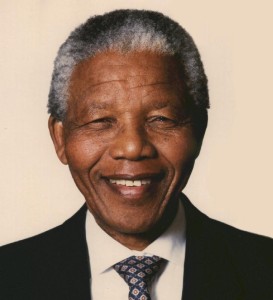 At Saving Lives, we believe that few things in the fight against HIV and AIDS are as important as education and public advocacy. In a country such as South Africa, where 18% of the population were living with HIV in 2012, that awareness-raising is critical.

The death of Nelson Mandela, then, marks the passing of a powerful ally in that effort. He began to speak out about HIV most prominently once he had left presidential office – reflecting, perhaps, the political difficulties that still surround speaking about HIV in South Africa. But when he said on World AIDS Day in 2000 that, “We are facing a silent and invisible enemy that is threatening the very fabric of our society”, he sought to alert us all to the dangers of staying silent.

When in 2005 he announced that both his son and daughter-in-law had died of AIDS, he cut through the stigma and shame which still surrounds HIV in South Africa and across the world. HIV should be spoken about and understood by as many people as possible – because it can affect anyone. Nelson Mandela helped many understand this.

His legacy will live on even as we mourn the great loss of his death. Thank you, Madiba – your example was and will continue to be a powerful and inspiring one.

You can see our Pinterest tribute to Nelson Mandela here.