Hit enter to search or ESC to close
NewsTom's Blog 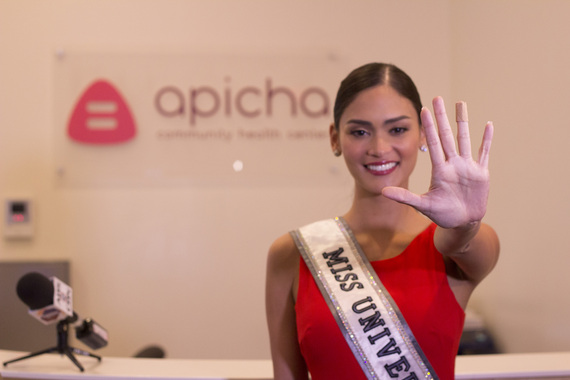 This was the week when the UK voted to leave the European Union, Sonic the Hedgehog turned 25 years old and astronaut Tim Peake returned to Earth from the International Space Station.

Meanwhile in the world of HIV…

Born in Germany, and raised in the Philippines, Pia Wurtzbach now lives in New York after winning Miss Universe in 2015. Whilst living in the Philippines she worked with a number of HIV/AIDS charities and continues to raise awareness now using the platform given to her with her title. She was tested with a 4th Gen Alere test. Speaking to the crowd Pia said “National HIV Testing Day is a reminder to get tested, and take care of not only your health, but your love ones’ health too. It is important to know the facts, and be proactive about protecting yourself, your partners and your community.”

Surge in HIV Testing, yet 1 in 4 gay and bisexual men have never been tested (Huffington Post)

A new survey has shown that more people than ever are testing for HIV in the UK, the National Gay Men’s Sex Survey, found that 77% of gay and bisexual men had been tested for HIV the highest figure yet, but nearly one in four still have never been tested. Cary James, head of health promotion at THT, said “Knowing your HIV status is key to tackling the HIV epidemic, as people who are on treatment are highly unlikely to pass on the virus, so it’s really important to get tested. Testing is fast, easy and confidential.”

There are over 100,000 people living with HIV and that figure increases every day. Six years ago the government removed ring fencing for HIV support service funding and now funding is at an all time low. Services and charities across the country are under pressure. In the past week Birmingham based HIV charity ABplus have announced that they will be closing their doors on the 8th July for the last time. BASELINE’s Robert Fieldhouse said on the Victoria Derbyshire show: ”You have to understand the situations people live in, abject poverty. We have a food bank where people can go twice a week and get a free meal, this is a service that costs [the council] £2 per person per day to access – that’s dirt cheap… We talk too much time talking about cost, and not enough time talking about value”

The views of our positive advocates are purely personal, and any advice they provide is given for informational purposes only, and in no way constitutes medical advice. Always consult your doctor.

The views of our positive advocates are purely personal, and any advice they provide is given for informational purposes only, and in no way constitutes medical advice. Always consult your doctor.