Hit enter to search or ESC to close
FootballNews 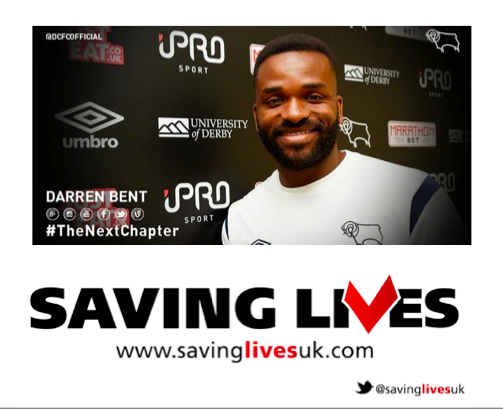 Congratulations to Darren Bent, one of our longest standing Saving lives Ambassadors, on his permanent move to Derby County FC:

Darren Bent says he ‘couldn’t see himself playing anywhere else’ once the possibility of joining Derby County permanently arose.

Bent scored 12 times in 17 appearances in the second half of the last term and expressed a strong desire to join the club on a permanent basis with his contract at Villa Park coming to an end this summer.