Hit enter to search or ESC to close
Football 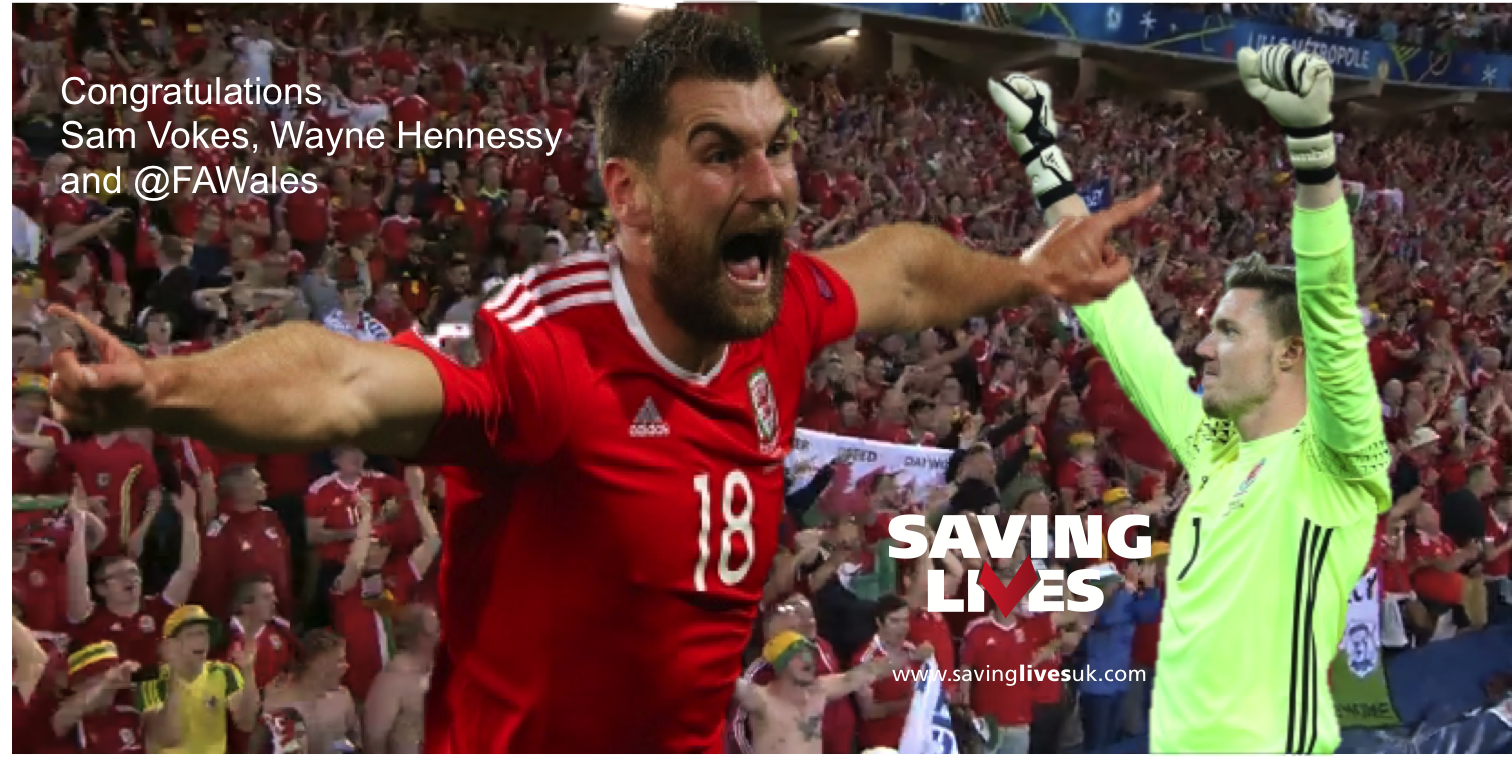 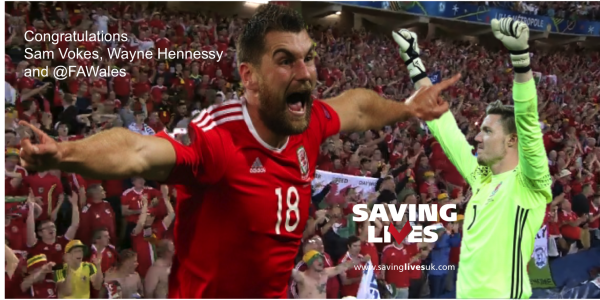 Saving Lives would like to extend its huge congratulations to Sam Vokes, Wayne Hennessey and the Welsh FA for their side’s incredible performance so far at at the UEFA Euro 2016 tournament.

Sam and Wayne have been ambassadors for Saving Lives for a long time now, and it’s fantastic to see them getting such well-deserved attention and accolades on one of world football’s biggest stages. Not only that, but Sam scored the descisive third goal in Wales’s quarter-final victory against Belgium.

We wish them the best of luck in their semi-final on Wednesday against Portugal – next stop the final!