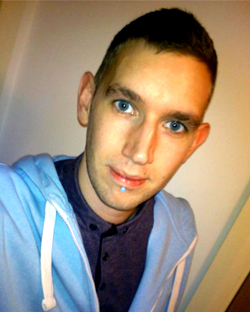 I was holidaying in the south of France when on the last day I started to feel really unwell as we drove leisurely along to coast to Nice Airport. I presumed at the time that I’d spent too much time in the sun trying to top up my tan. At the back of my mind I was worried it could be connected to other symptoms I’d noticed and intended to visit the GUM clinic.

Back in the UK I found out that I had contracted two STIs and had treatment for them. As part of the usual sexual health tests at the clinic I also had a HIV test, and the result of this came back negative. I was still unwell though and ended up being confined to my bed for two weeks. At the time there was a lot of media hype about swine flu, but I thought about the possibility of HIV as well; I was aware that the test wouldn’t have picked up anti-bodies if I had been infected within the past three months. It was easier to presume I had just picked up an illness abroad; perhaps the air-con on the plane was circulating a bunch of nasty cold bugs.

The next few months passed by with nothing out the ordinary happening: I was getting up to the usual things any gay 24-year-old would in a city like Manchester, working 9-5 and enjoying my weekends going out with friends. One constant that had remained with me since the summer was a chesty cough, my GP had kept telling me it would eventually go away and it was probably a persistent virus. I didn’t even realise I still had it by October, it had become so normal. A friend I hadn’t seen for a few weeks picked up on it and I started to think about going back for another test at the clinic. I intended to rule out HIV, but unfortunately the opposite happened.  I received the positive diagnosis on the 6th November 2009. Before the end of the year I was on medication and within three months achieved an undetectable viral load, and my CD4 had increased to a level where my body was better equipped to respond to an infection or viral attack.

Fast forward three years and I’m a normal, happy, healthy guy. I met my boyfriend shortly after my diagnosis, I’m still working and I’m still enjoying life with my friends and family. HIV is a manageable condition when you know your status and when, if needed, you’re prescribed the antiretroviral medication. I took another big step this year by outing myself to ‘everyone’ as HIV positive. I believe I’m living proof that with medication you can live the life you intended as long as you are aware you have HIV. I am focusing my efforts to help fight against the stigma, fear and ignorance that people living with HIV face.

My advice to anyone who is unsure of their status would be to listen to your body, if I had continued to ignore the signs and bury my head in the sand the past three years could have been a very different story. Know your status, get tested. Medication is available for you and continues to improve all the time and people like me are fighting for a tolerant society where HIV positive people can live in a world without facing prejudice and bigotry.

We Can’t Afford to be Afraid of Activism - It’s a simple choice for me, I stand up for what I believe in and I’m one of those people who want to get involved in causes that represent my...
Why are less gay and bisexual men using condoms than in 1990? - The Health Protection Agency has announced a 26% increase in the number of men who have sex with men (MSM) having sexual intercourse without using condoms. This latest report follows...
Saving Lives in Positively UK - In the latest edition of Positively UK magazine, one of the founding directors of Saving Lives, Dan Hartland, writes about public advocacy and disclosure as a kind of activism: We...