I was diagnosed in October 1982 with what was then called HTLV3 now known as HIV: it was deemed a terminal diagnosis back then with at that point nothing to aid but Palliative care when the time came. My number @ the Middlesex hospital was L1: London 1 in December of ‘82 I attempted suicide but with my mother’s voice in my head “you clear up your own mess don’t leave it to others” ringing in my ears I couldn’t do it.

So if I couldn’t kill myself I had better get on & live.

That’s what I have attempted to do ever since & been fortunate to meet Nigel Young  & become part of Lesbians & Gaymen Support the Miners In 1984-85 so was too busy & involved to dwell on my diagnosis. My strategy has always been to keep busy & volunteer Done me proud but I have been very fortunate with how this virus has treated me.

When Pride came out in 2015 & my HIV status was globally outed Patrick Cash the Playwright & Author asked me if I would like to do an HIV conversation with him I jumped at the chance & 8 weeks later asked if I’d like to read a new set of Monologues he’d written & I was once again I was performing for the first time since 1981 in HIV Monologues as Barney. 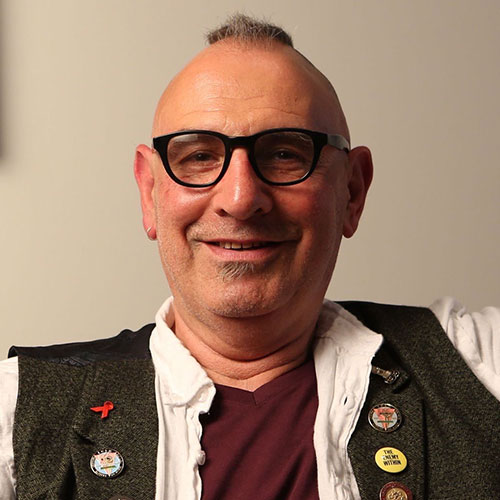