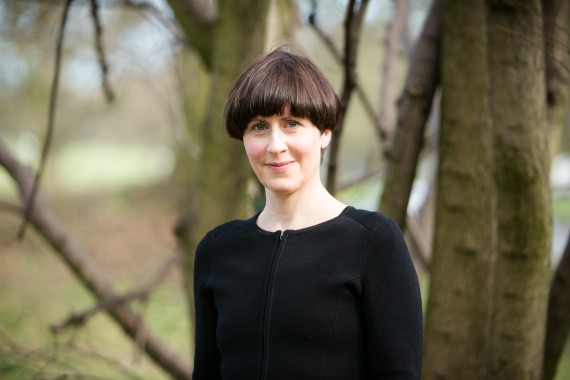 Dr Mags Portman passed away on Wednesday, 6th February, 2019. Each of us at Saving Lives is truly saddened by her passing: we looked up to Mags as an example of everything an engaged clinician and advocate can and should be. One of a kind, she will be completely irreplaceable.

Mags was in many ways the embodiment of what we aim for Saving Lives to be: intelligent and compassionate, accessible and exuberant, she had an unerring commitment to making the lives of her patients better. She made the lives of her friends better, too, merely through her company.

We are so much more than grateful for the years we spent working alongside Mags, and particularly proud that she chose to associate herself so closely with Saving Lives. We could not have asked for a patron more committed to the causes we shared – or a friend more likely to keep us smiling.

Thank you, Mags. We miss you.

Mags completed medical training (MBChB) in Glasgow, 1998. Initially, she trained as a GP and qualified in 2003. During GP training, she kept up with a love of Genitourinary Medicine (Sexual Health) through continued work for the Steve Retson Project, a specialist sexual health service for gay and bisexual men or men who have sex with men based at the Sandyford Initiative, Glasgow. This was her first encounter with a specialist service set up for, and by, gay men, her first experience of working with “the community” – and she loved it. Little did she know, however, that this would prove to be a cornerstone of her future work.

Mags worked briefly in Leeds as a GP 2003-4, but the calling was always back to a career in Sexual Health/HIV. She made a decision to leave General Practice in 2004, and despite incredulity from her GP colleagues, never regretted her decision. She worked as a Staff Grade at the Leeds GUM Clinic (Sunnybank Wing, Leeds General Infirmary) for nine months before deciding to go back and retrain in General Medicine. This would enable her to enter Speciality Training in Genitourinary Medicine. “The calling was strong!!” she often said.

During her time as a registrar, she helped put National HIV Testing Week on the map in Leeds: Leeds GUM’s working alongside Yorkshire MESMAC and Leeds Skyline continues to be an example of the great things that can be achieved when a sexual health clinic works alongside the community sector. Also working closely with Yorkshire MESMAC, she was instrumental in the set-up of Armley Men’s Sexual Health Clinic, Leeds’ first sexual health clinic in a sauna for men who have sex with men. She also appeared on the BBC3 documentary “Unsafe Sex and the City”. It was during this time that she began to develop a particular interest in HIV prevention and collaborative working with the community.

Mags gained her CCT in 2014 and worked as a Locum Consultant in East London, both at the Royal London and Homerton Hospitals. During her time at the Royal London, she worked on the PROUD study, and her life as a PrEP advocate began. At Homerton, she was responsible for the HIV Antenatal clinic – again, this work was very close to her heart.

In September 2015, Mags took up a substantive Consultant post at Mortimer Market Centre, Central & North West London NHS Foundation Trust, where she was lead for GUM. Frustrated by the lack of PrEP implementation in the NHS, and observing that community activists such as Greg Owen and Will Nutland were supporting people to access PrEP online, she gained agreement from her Trust, and support from clinic staff, to provide HIV and STI testing, plus renal monitoring, for those accessing PrEP in this way. She also inputted to, and pushed for the provision of, the national PrEP Guide, produced by iBase.

Mags sat on the BASHH/BHIVA PrEP guidelines-writing committee and she was Secretary of the BASHH Media Group. Right up to her passing, she continued to work closely with iwantprepnow.co.uk and PrEPster.info.